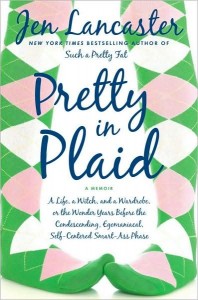 Hopleaf hosts an evening with local author Jen Lancaster, a benefit for Chicago-based nonprofit Literacy Works, which promotes adult literacy throughout the city with workshops and tutoring programs. Memoirist Lancaster has penned a handful of biting, witty, often charmingly bitter books, most recently “Pretty in Plaid: A Life, a Witch, and a Wardrobe, or, the Wonder Years Before the Condescending, Egomaniacal, Self-Centered Smart-Ass Phase,” a mouthful of a title that is, incredibly, earned. Lancaster’s writing career was launched after she started a Web site to vent her frustrations during prolonged unemployment following 9/11; despite her writing success since, she still manages to remain insightful and, often, crabby, two wildly important traits for a memoirist to have.  (Tom Lynch)