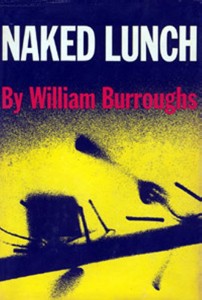 William S. Burroughs’ classic bizarro Beat novel “Naked Lunch” turns 50 this year, and Th!nkArt Salon and Stop Smiling are having a party. Burroughs’ masterwork is infamous for being difficult to describe—a collection of vignettes surrounding the writer’s alter-ego, William Lee, which spies him on a series of comedic, hallucinatory and junky-philosophical misadventures. The trip is unforgettable. David Cronenberg adapted the work for the screen respectfully in 1991; Peter Weller, its star, appears as part of tonight’s celebration, which also features Burroughs’ paintings and drawings and appearances by notable Beat scholars and authors, poets, performance artist Penny Arcade (of Andy Warhol fame), Bill Ayers, food from Chef David Leigh and even an appearance by the author’s estate executor. An after-party at the Stop Smiling headquarters features performances by David Daniell and Doug McCombs. The price tag is a bit hefty, but this has the makings for just the weirdo party that Burroughs would’ve attended himself, had he not be, you know, dead. (Tom Lynch)