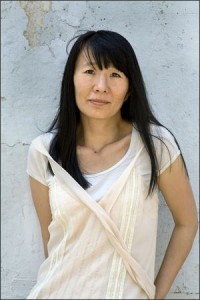 Nami Mun’s bio informs us she was born in South Korea, raised in the Bronx, has been employed since junior high and has worked over time as an Avon Lady, a street vendor, a photographer, a bartender and even a criminal investigator. Add one more profession to that list—successful author. Now living in Chicago, Mun’s debut novel, “Miles from Nowhere,” tells the story of a 13-year-old Korean-American girl in 1980s New York, on the run for five years, rampaging through drugs, homelessness, AIDS, abuse and more. Mun’s prose zips unsentimentally through the years of this teenager’s growth—it’s a runaway tale, a gritty coming-of-age story, and as common as those themes are, “Miles from Nowhere” brims with confidence and intelligence. (Tom Lynch)