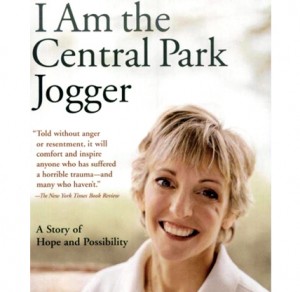 In April of 1989, a 28-year-old Wall Street investment banker went for a run in Central Park and was savagely beaten and raped, only to be found hours later unconscious with seventy-five-percent blood loss, severe hypothermia and a skull fracture so gruesome an eye was completely removed from its socket. The doctors didn’t expect her to survive, but she did. When she awoke she had no memory of the event. The media withheld the victim’s name and she quickly became known as the Central Park Jogger; the story swept the nation as a group of youths were tried and convicted of the crime. Years later, a new confession came forth that was corroborated with DNA evidence, and the teenagers originally convicted of the crime had their names cleared. The jogger identified herself as Trisha Meili and wrote a memoir about the events, the bestseller “I Am the Central Park Jogger,” and has since traveled discussing her book with inspirational speaking about recovery, hope and her survival. Haunting material, but Meili finds a way to include wit and energy and focuses her work on the possibility, and necessity, of healing. (Tom Lynch)