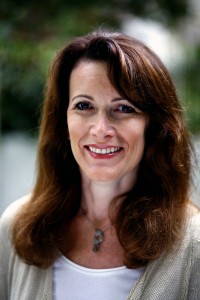 Hope Edelman, author of New York Times bestseller “Motherless Daughters,” has written a new memoir, called “The Possibility of Everything,” and it’s strange. Edelman’s daughter Maya, 3, grows increasingly under the control of her imaginary friend Dodo, who is something of a bad influence that goes so far as to not allow Maya to eat. Of course, Edelman and her husband grow incredibly worried and question the stability of their little girl, exhausting most options to get her head right. Then it’s Belize or bust—the parents take Maya to seek the healing powers of certain Central Americans, hoping that the unorthodox (to say the least) decision will offer cleansing. How does a parent make such an odd decision? I suppose you’d be surprised at what you’ll do for a sick child. Edelman’s book succeeds, in part, despite the writer—you don’t like her very much, her over-anxiety can grow irritating, not to mention her interactions with Maya being often cringe-worthy. The bizarre chronicle though, and Edelman’s grand, Central American epiphanies, make it a trip worth taking, for the family and for us. (Tom Lynch)