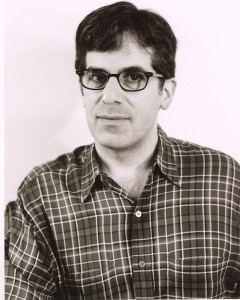 Since author Jonathan Lethem caught the world’s attention with his 1999 breakout novel “Motherless Brooklyn,” he’s taken unexpected writing turns, embracing changes of pace that seem to prevent the talent from growing terribly stale. His 2003 follow-up was the semi-autobiographical magical dramedy “The Fortress of Solitude,” about two teenage friends growing up in 1970s Brooklyn. Throw in a short-story collection, a stellar assembly of essays (“The Disappointment Artist”), a MacArthur Fellowship and another novel, a quickfire ode to rock music set in California called “You Don’t Love Me Yet,” and you have a popular writer who’s had various successes in different mediums of writing and who’s most likely not written his best work yet.

For “Chronic City,” his new novel, Lethem returns to New York, albeit a Manhattan based in unreality, to introduce Chase Insteadman, a former child TV star who’s developed socialite celebrity without doing very much. He longs for a girlfriend who’s trapped on the International Space Station, who sends him aching love letters that are published in the paper. The whole city knows the saga. Almost immediately in the book—in the first sentence, in fact—Chase meets Perkus Tooth, an eccentric pop critic whose collection of peculiar suits is only outnumbered by the mass of conspiracy theories of which he’s convinced. Chase is Lethem’s straight man, and Perkus one of the most colorful characters he’s conjured yet—“Chronic City,” which steers us through inventive countercultural sects as Perkus takes our narrator on the great paranoia ride, questions, well, everything, while the two men search for an elusive truth. The book is a buddy tale as much as a clever hipster sci-fi extravaganza, and about halfway through the novel a weight presses upon your chest as you realize that Lethem has only become more skilled at storytelling.

“I’m very proud of this book, I haven’t hidden that sense of it, in how I’ve talked about it,” Lethem says. “I really think that in my own little journey, I’ve figured out stuff I hadn’t ever before and put together a thing that I’ve always wanted to put together. It was a satisfying experience to write, but that doesn’t really have anything to do with how it’ll be taken, with the landscape complicated by expectation, commerce and all those things. But I feel like this is one of the best things I’ve ever done, pretty simply.”

Even over the telephone, Lethem’s polite eloquence, his seeming genuineness, permit him to make comments like that without sounding like he’s selling something. The “expectation” he mentions comes from multiple fronts, one would imagine, with some fans disappointed with “You Don’t Love Me Yet”’s flighty ease and hoping he returns to his past writing self. “I’m conscious of those thoughts afterwards,” Lethem says of the time after he finishes writing a new book. “I’m especially in that sort of space now. Ian McEwan says that being on tour is like ‘being an employee of your former self.’”

Perhaps the most impressive element of “Chronic City” is the actual city Lethem creates, a faux-real world that’s only slightly elevated above lucidity. Lethem says in the process of creating the effect, he didn’t restrain much. “I didn’t even think of it that way, having to restrain the impulse to make things weirder or more off-kilter. I suspect the effect that you’re praising has something to do with a grounding in the voice, a grounding in the texture of the world that I started out with. It becomes its own, it describes a space that everything is going to take place in, or a tone or a texture of a voice.”

One of Lethem’s on-the-nose tricks is his playfulness with the characters’ names—Chase Insteadman, Perkus Tooth, Oona Laszlo—a quirk that would grow tiresome if it wasn’t so charming. “[Some people think I went] just too far with the names,” Lethem laughs. “I didn’t stop to think about them that hard, and I did what I always do, even when the names are a little less peculiar. Character names belong in an environment. I don’t have characters until I have the names, the names make them live in a way. Part of the origin, growing up as a reader I had trouble remembering characters’ names. ‘That guy in “Crime and Punishment” who’s so great.’ I just always had this sense of relief when I’d read Dickens or Pynchon or Vonnegut, with these irresistible and unforgettable names. I promised I would reciprocate that and make is easy and fun for people…it helps indicate a level of surrealism.”

When asked how he’s changed as a writer since “The Fortress of Solitude,” his most personal fiction work, he pauses. “I think that ‘The Fortress of Solitude,’ as much as I tried to deflect it, it was a kind of an emptying out of [myself], and it left me a little shell-shocked to do it,” he says. “It was a public experience, too. I had gotten famous with ‘Motherless Brooklyn,’ which caused everyone to want me to talk about myself a lot, which led to a cycle of essays that ended up in ‘Disappointment Artist,’ you know, ‘If you really are interested, this is what my actual father was actually like.’ It really changed my idea of being a writer—on the level of fiction-making, it left me really [worn out].”

Some readers felt that “‘You Don’t Love Me Yet’ was a big waste of time. But it was a delightful jaunt. I was afraid of becoming a ponderous writer, that I only do this Faulkner in Brooklyn thing, and in a way [I wanted to] disappoint those expectations. I tell stories, I create marvelous enchanted little objects of pleasure. It’s just a story, make do with this, that’s what I am… It’s not always that you are Philip Roth and you know the dark heart of Newark or something. I believe in that. That was what I was reaching for there. I also discovered all these methods, when I took a deeper breath. I’m no longer entrenched in memory. ‘Fortress’ is weird. I tried to build this great historical diorama in a way, and bring a certain street in 1972 back to life. I hope it’s not a nostalgic book, but it is commemorative in a strange way. In ‘Chronic City’ I tried to use the same kind of breadth of tools and vision in a contemporary existence. I guess this book takes off.”