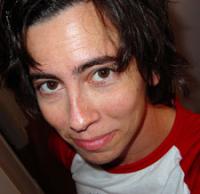 Zines, often relegated to a tiny shelf in most bookstores like a footnote or a last-second addendum, are taking center stage this weekend as four Chicagoans put on the first ever Chicago Zine Fest. “We went to the Milwaukee Zine Fest and were surprised by how many Chicago people went up for that,” says co-organizer Matt Czerwinski. “It planted the idea to have one in Chicago.” The fest will kick off this Friday with a reading at Quimby’s which features “King Cat” author John Porcellino along with Anne Elizabeth Moore, Jeffery Brown and five zinesters who were selected by random lottery. There will also be a zine-related art opening at Johalla Projects Friday night, which will conclude with a screening of the Gadabout Traveling Film Festival. Friday’s events, aside from entertaining, attempt to start a dialogue between zinesters and the public. “We tried to figure out a way to get people talking to each other and get zinesters meeting each other. That’s a drawback of zine fests that we saw,” says Czerwinksi. “A lot of times you don’t meet anyone, but that’s why these events exist.” More info can be found at chicagozinefest.org. (Peter Cavanaugh)