by Brian Hieggelke
April 6, 2010Filed under: 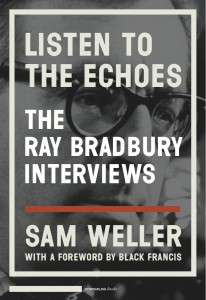 Stop Smiling occupies a small storefront on Milwaukee Avenue,  but inside big changes are occurring. The long-running locally produced magazine, thick with interviews with anybody from George Plimpton to Pete Rock, has transitioned to the book world. Stop Smiling Books launches this week in partnership with New York’s Melville House Publishing. Editor-in-chief JC Gabel explains, “I never really cared to deal with advertising. it was just a necessity of running a periodical. With the books we could eradicate that from the business model and just sell the medium. The medium is the message.” Gabel also talks of economic issues and the desire to keep the Stop Smiling team together. “It was becoming an impossibility to afford to do [the magazine]. And really the most important thing was we wanted to keep our creative team together. With the books we had a little bit more flexibility.” The first title under the Stop Smiling name comes out this week, Dave Tompkins’ “How to Wreck a Nice Beach” followed by the June release of Chicago native Sam Weller’s “Listen to the Echos: The Ray Bradbury Interviews.” Gabel, who is in New York helping to promote Tompkins’ book, remembers conversations with authors and friends where they felt they had just not been taken care of by their publishers. “We’re going to take a lot of the guerilla marketing and D.I.Y. approaches we had with Stop Smiling,” says Gabel. Look for Stop Smiling to host a handful of events later this month and early May. (Peter Cavanaugh)