If the artwork that you hang upon your walls is a kind of self-curated gallery, then the art books on your shelf form a personal museum, a selection of works reflecting interests, if not ownership, either due to limitations of resources or desires. Many art books are born as exhibition catalogues but come to function as something else; a record, perhaps, of what the eye once saw, but also an opportunity to consider the work in a different time frame, whether that be duration, frequency, or simply its passage. Here, then, a few new offerings in consideration. 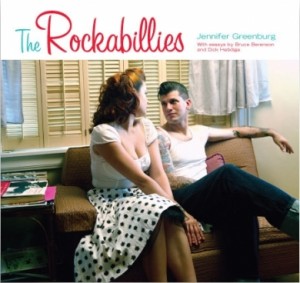 “The Rockabillies” by Jennifer Greenburg (Center for American Places at Columbia College Chicago, 100 pages, $50): Thanks in large part to the influence of Diane Arbus, the photographer who documents human subcultures too easily turns them into freakshows, with a detached, often ironic distance that shelters the image maker from the image. Greenburg, a Chicago photographer, admits to being a voyeur into rockabilly culture (all photogs are, by definition), but from a unique perspective: she is a wholehearted participant. Her resulting images, portraits of folks who hew to a sense of style and way of life increasingly anachronistic, are lovingly rendered pictures from inside: She augments their iconography, rather than tearing it down. So instead of giving us pathetic, she gives us wistful; people of our time who yearn for another, one that never really existed as they imagine it. With informative essays by Bruce Berenson and local curator and critic Audrey Michelle Mast. 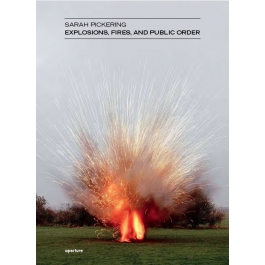 “Explosions, Fires, And Public Order” by Sarah Pickering (Aperture, 120 pages, $40): This catalogue for an exhibit currently on view at Chicago’s Museum of Contemporary Photography (curator Karen Irvine offers a brief but incisive essay) documents the rituals used in Britain to train various types of public servants in preparedness for disaster and disorder, whether civil uprising or fires. Throughout the four series of images herein, Pickering is not interested in the people but the places where this training takes place, a strange mirror of a Hollywood set where a pervasive sense of darkness, of unreality threatens to overwhelm. What kind of disaster has befallen mankind in these images, which evoke post-Armageddon mythologies of a human-less world? In our quest to prevent evil from winning, have we made our own world of hell? 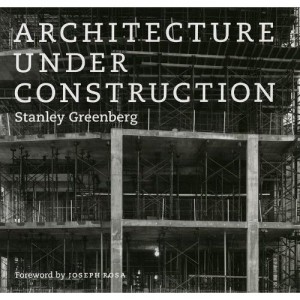 “Architecture Under Construction” by Stanley Greenberg (University of Chicago Press, 107 pages, $45): Modern architecture and modernist photography had a great twentieth century together, whether in the commercial glories of Hedrich-Blessing or in the glorification of the city and its man-made monuments as practiced by the likes of Alfred Stieglitz, Edward Steichen and Margaret Bourke-White, or even in the glorification of the workers as builders by Lewis Hine. Though the subjects of Stanley Greenberg’s examination, which is opening in an exhibition at the Art Institute of Chicago this weekend (curator Joseph Rosa contributes a foreword essay), are some of the most adventurous architecture works of our time (often new cultural buildings, given their lesser commercial imperative) and his straight black-and-white technique draws from his forebears, his images have their own agenda. He captures the soon-to-be awe-inspiring in their construction states, with the effect being to virtually disguise their future faces (an effect augmented by his decision to simply title them all “Untitled”) and to find unintended beauty in their transitory forms, some drawn from juxtapositions of their inner skeletons, some from temporary structures such as scaffolding, a streetscape bane that takes on a new beauty in Greenberg’s lens. In fact, he virtually erases the architects in much of his work, leaving the viewer with a displaced sense that it’s all just one big construction site. Nor are the workers celebrated here, when they occupy the image at all, they’re granted the status of ants. The image is all that matters. (Brian Hieggelke)