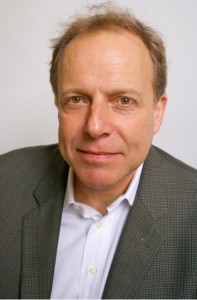 Shakespeare scholar James Shapiro’s new book “Contested Will” examines the perennial Shakespeare authorship question, performing an exhaustive and absorbing study of the two major anti-Stratfordian theories—that men with more worldly and royal experience, Francis Bacon and the Earl of Oxford, respectively, must have written what are known as Shakespeare’s plays—but what sets this book apart is its fascinating meta-examination of why the debate exists in the first place. Shapiro argues that these conspiracy theories tell us more about those who take part in them than they do about the authorship question. He performs a careful historiography tracing interpretations of Shakespeare through the eighteenth century, as notions of the autobiographical self emerged and writers began to hunt through Shakespeare’s plays for clues to his life, and the twentieth century when Freud famously declared that “Hamlet” was about Shakespeare’s Oedipal complex. (Shapiro’s account of Freud’s own mercurial positions on the authorship controversy is particularly entertaining as well as an enlightening account of psychanalytic theory’s problems.) Ultimately, Shapiro puts forth a convincing argument that Shakespeare wrote the plays, and he ends by pointing out that both conspiracy theories renounce the imagination that makes the plays so exceptional. Fortunately, he knows the debate itself is less interesting than the problem it highlights, and Shapiro spends more time working through the problem of how we attempt to fill the “lost years” of Shakespeare (his answer is that we can’t and that’s not necessarily a bad thing) and pointing out the danger of trying to understand the past through contemporary views of literature and identity. Shapiro carefully deconstructs the common assumption that “what makes people who they are now made people who they were back in Shakespeare’s day” in the epilogue. “Shakespeare invites us to identify with his characters. It’s why his plays are so popular 400 years later. The problem is overidentification,” Shapiro pointed out in his interview with Newcity last week, when he was in town to speak at the Newberry Library about “Contested Will.”

The first question on my mind is what you think about the new movie “Anonymous,” which argues for the Oxford theory and takes it to the extreme?

Oh, you can’t take it further than the screenwriter did. The theory came up in the 1930’s, “Tudor Prince II” they call it—that Oxford is both the son and the lover of Queen Elizabeth. I’m fascinated by this theory, not just because it’s batty, but also because it’s the natural conclusion of the conspiracy theory, which has to have both a means and a motive—throw in a lot of sex, a little incest, and you’ve got a great story. On one level it’s going to be a hoot, with great actors like Vanessa Redgrave. On the other hand it is—foolish is the word I’d use to describe investing in something as misguided as this. Will any good come out of it? not that I know of. In the “rock-paper-scissors” of media, movie beats book so the movie’s going to reach a lot more impressionable young people, which will be a nightmare for teachers.

Playing devil’s advocate, it’s interesting that you spend time pointing out that these anti-Stratfordians throughout history writing this “detective story,” as you put it, are using the exact same kind of imagination they celebrate in Shakespeare—

Exactly. They want to deny Shakespeare the kind of imagination that they engage in.

But you could also flip the question and ask: What’s wrong with this kind of detective work they’re doing? Are you in fact attacking them for something that you’re giving Shakespeare credit for?

“Henry V” is a great play, but I put it in the fiction section. I spent five years reading these theories and I’m enthralled by them. It’s great make-believe. And as long as you understand that it’s make-believe and the product of a brilliant mind—overheated perhaps, but a brilliant mind—making up a great story and a great detective story, that’s fantastic. It’s only when they believe it’s true that I get nervous. Shakespeare didn’t believe that it went down at Agincourt the way he wrote in his version of “Henry V.” These theorists don’t see themselves as fictionalizing, and that’s what makes me nervous.

In tracing the literary history of Shakespeare biographies, you do a remarkable job showing how many people mistake, transfer or overlay their own autobiographies with Shakespeare’s biography. Have you ever fallen into that trap? 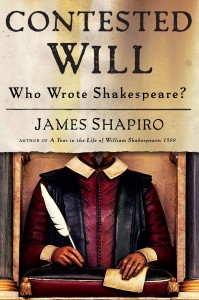 —the “charged void” as someone else called Shakespeare’s life.

That’s it. There are a lot of lost years that we want to fill in. Shakespeare is wrapped in an invisibility cloak. His personality is lost to us, so what I try to do is recreate the world in which he moved. I can’t tell you what Shakespeare’s inner life was like, but I can tell you what the people going to the theater were experiencing. That’s the best I can do. Readers can take it from there and project their own views of Shakespeare.

Which gets into the question of evidence and what constitutes evidence, which is an undercurrent of “Contested Will.” Two Supreme Court justices (Stevens and Scalia) are actually anti-Stratfordians.

This is a great example of why we should not always trust judges to handle historical evidence because it just shows you how wrong and misguided they can be. It’s a miscarriage of justice—and I want, when Obama’s appointing the next Supreme Court justice and the Senate Judiciary Committee’s going to be asking tough questions, nominees to be asked whether they think Shakespeare wrote Shakespeare. It’s going to tell me how they understand history. I don’t want a judge who doesn’t understand how history works and how historical evidence is understood. [With her nomination announced after this interview, Elena Kagan has not taken an official position on the Shakespeare authorship question to date.]