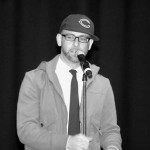 31. Kevin Coval
Kevin Coval is a poet and the co-founder of “Louder Than A Bomb: The Chicago Teen Poetry Festival,” the largest youth poetry festival in the world. Coval is poet-in-residence at The University of Illinois-Chicago and poet-in-residence at The University of Chicago. He has performed on four continents and seven countries, and has published two books, “everyday people” and “slingshots.” Coval teaches at The School of the Art Institute in Chicago.

32. Ted C. Fishman
Ted Fishman’s 2006 “China, Inc.” hit the bestseller lists just as the sheer force of America’s growing reliance on that emerging economic superpower was dawning on the collective mind. Since then, he’s been a regular on the lecture/China pundit circuit, showing up anywhere from CNN to the op-ed pages of USA Today. Fishman’s got a gift for writing plain-spoken yet gripping narrative that’s loaded with big ideas. Meanwhile, he’s spent the last four years researching and writing his next book, this fall’s “Shock of Gray: The Aging of the World’s Population and How It Pits Young Against Old, Child Against Parent, Worker Against Boss, Company Against Rival, and Nation Against Nation,” which should hit bookshelves just in time to take center stage in another national, and international, debate. 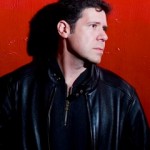 33. Sean Chercover
One of our violent city’s premier crime writers followed his impressive debut “Big City, Bad Blood” with another story about fictional Chicago PI Ray Dudgeon in “Trigger City.” The book won the 2009 Dilys best mystery novel award and the Crimespree Award for best novel. Chercover, a Columbia College Chicago grad, is himself a former Chicago and New Orleans private investigator who has also written award-winning short stories. He blogs with a macabre collection of other Chicago crime writers called “The Outfit.” 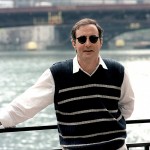 34. Rick Kogan
The Chicago Journalism Hall of Famer is a senior writer and columnist for the Tribune’s Sunday Magazine and hosts “The Sunday Papers” on WGN. His twelve books include 2006’s “A Chicago Tavern: A Goat, A Curse and the American Dream” and “America’s Mom: The Life, Lessons and Legacy of Ann Landers.” Last November, he published “Sidewalks II: Reflections on Chicago,” a follow up to his 2006 collaboration with photographer Charles Osgood, “Sidewalks: Portraits of Chicago.” Kogan also wrote the forward to the recently published collection of Mike Royko sixties writings, “Early Royko: Up Against It in Chicago.” 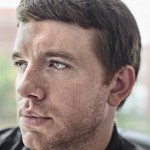 35. Paul Hornschemeier
Known for his artful melancholy and his sense of irony, Hornschemeier captured the attention of the comics world with his “Forlorn Funnies” and “Sequential” series, and captured its heart with his book-length family tragedy, “Mother, Come Home.” Since then, he’s published an ironic short story collection (“Let Us Be Perfectly Clear”), a quietly self-reflective second graphic novel (“The Three Paradoxes”) and, most recently, a retrospective of his recent work, (“All and Sundry: Uncollected Work 2004-2009”). This fall, he’ll release an anthology of new work, “Forlorn Funnies Vol. 1,” and the long-awaited publication of his next novel, “Life with Mr. Dangerous,” is set for 2011. In the meantime, fans can order a wearable Hornschemeier dose at The Forlorn Funnies Shirt Shop, where the artist posts new t-shirt designs weekly. 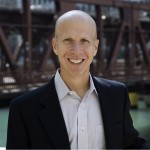 36. Jonathan Eig
Chronicler of the Golden Age of Major League Baseball with best-sellers “Luckiest Man: The Life and Death of Lou Gehrig” and “Opening Day: The Story of Jackie Robinson’s First Season,” Eig has shifted his attention to a Chicago favorite: Scarface Al. “Get Capone: The Secret Plot that Captured America’s Most Wanted Gangster” profiles the larger-than-life figure in the Golden Age of Crime and sheds light on Capone’s involvement in the St. Valentine’s Day Massacre and how the government finally brought him in. “Get Capone” hit the shelves in April.

37. Jamie Freveletti
Trial attorney Jamie Freveletti is a marathon runner, a martial artist and, most recently, an author of thriller novels. Her book, “Running From the Devil,” was released in 2009 and became an international bestseller. It was also chosen as a Notable Book by the Independent Booksellers of America. Her second novel, “Running Dark,” is scheduled for release this month.

38. Ivan Brunetti
Ivan Brunetti’s cartoons have found a frequent home on the cover of the New Yorker, including his “Union Square” for the magazine’s May 31 issue. The Columbia College professor and comics scholar is the author of the “Schizo” series and the editor of two recent “Anthologies of Graphic Fiction, Cartoons and True Stories,” published by Yale. Last year, Brunetti put out “Ho!,” a collection of his racy “gag” cartoons that most readers will probably wish they didn’t find so hilarious. 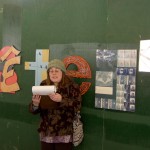 39. Jennifer Karmin
Jennifer Karmin is a poet, artist and educator who has performed and exhibited in Japan and Kenya. She is co-curator of Red Rover Reading Series, an experimental reading series in Chicago, and a founder of local performance group Anti Gravity Surprise. Karmin was recently awarded the Gwendolyn Brooks Teaching Award, and teaches creative writing to adults at Truman College’s Adult Education program. She is also the author of the text-sound epic “Aaaaaaaaaaalice,” released in 2010.

40. Haki Madhubuti
The poet and essayist, who started Third World Press out of a Chicago basement more than forty years ago, published “Liberation Narratives: New and Collected Poems 1966-2009” last fall. The book is a collection of works that span his career as a writer, activist and professor. In April, Madhubuti resigned from Chicago State over a strained relationship with the university’s new president Wayne Watson. In his twenty-six years at Chicago State, Madhubuti founded the Gwendolyn Brooks Center for Black Literature and Creative Writing and directed the center’s annual conference, which celebrated its twentieth anniversary earlier this year.