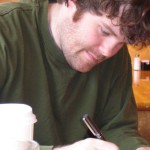 41. Jeffrey Brown
The graphic novelist, whose works include “Clumsy” and “Bighead,” is one of Chicago’s best-loved and most prolific comic-book writers. Brown’s often-autobiographical graphic novels often take up resonating themes like awkward sex and failed relationships. Last-year’s memoir, “Funny Misshapen Body,” documents his disappointing experiences in art school and his triumph outside the fine art world as a cartoonist. Brown’s following is influential: he’s contributed to “This American Life” and directed an animated music video for Death Cab for Cutie.

42. Cris Mazza
This Southern California native and UIC professor is the author of nine novels, four short story collections and a collection of essays. Her debut novel, “How to Leave a Country,” won the PEN and Nelson Algren Award. Known especially for experimental fiction, her next novel, “Various Men Who Knew Us Girls,” is forthcoming in 2010. 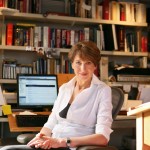 43. Carol Felsenthal
While the subject of her latest project is still hush-hush—it’s a political figure, and she promises the resulting biography will be “juicy”—Felsenthal’s got a track record of taking on Big Names. Over the course of her career, she’s chronicled the life and times of media magnate S.I. Newhouse, celebrity first-daughter Alice Roosevelt Longworth and, most recently, the singular Bill Clinton. As Joan Didion labors over the screenplay for the HBO biopic version of Felsenthal’s book, “Power, Privilege and the Post: The Katharine Graham Story,” Felsenthal herself is prolific as ever as pundit-about-town: she’s a regular blogger for The Huffington Post, The Hill and Chicago magazine. 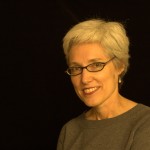 44. Carol Fisher Saller
The copy editor is an unsung hero in the publishing world, and with the increasing cultural emphasis on quasi-amateur publishing in Twitter time, one whose absence will likely soon be felt more acutely than ever. Saller, a senior manuscript editor at the University of Chicago Press, is doing her part to elevate this lonely role to the attention it deserves. Last fall, she published “The Subversive Copy Editor: Advice from Chicago (or, How to Negotiate Good Relationships with Your Writers, Your Colleagues, and Yourself),” a crafty complement to a style guide, or perhaps even a clarion call for her art form itself. And know it she does. In addition to her editing gig, she maintains not only a Subversive Copy Editor blog, but also answers the Chicago Manual of Style’s online Q&A, where she stands as the mostly last word in all things stylistic. (She’s also part of the team updating the 16th edition of that seminal work for later this summer.) And lest you think her world’s nothing but parsing, spelling and typos, she’s a young-adult novelist, too, with a “middle-grade historical novel,” “Eddie’s War,” forthcoming via namelos.

45. Angela Jackson
Mississippi-native Angela Jackson has published several books of poems, including “Dark Legs and Silk Kisses: The Beatitudes of the Spinners,” which was named by The Chicago Sun-Times as one of the best books of 1993 and awarded the 1994 Carl Sandburg Award for poetry. She is also a playwright. After moving to Chicago to attend Northwestern University, Jackson became a chairperson for Chicago’s Organization for Black American Culture, which held writing workshops for young African American writers. Last year, The New York Times featured her forty-years-in-the-making debut novel, “Where I Must Go,” which will eventually culminate in a trilogy. 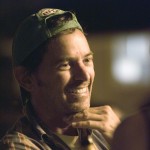 46. Billy Lombardo
Forest Park author Billy Lombardo broke through with his tender 2005 story collection “The Logic of a Rose.” “How to Hold a Woman,” his 2009 release, followed in “Rose”’s steps and offered one of the best literary looks at grief and loss in some time. This year, Lombardo released his first proper novel, “The Man with Two Arms” (Overlook Press), a Chicago fantasy tale about a young baseball player who’s able to pitch with both arms. (Bob Costas even blurbed the book.) Lombardo teaches at the Latin School of Chicago and is the co-founder of student-run lit magazine Polyphony H.S. The author has recently completed a young-adult novella, titled “The Day of the Palindrome.” 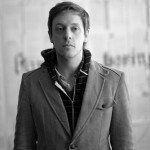 47. Zach Dodson
Zach Dodson is cofounder (with fellow Lit 50 alum Jonathan Messinger) of featherproof books, an “indie publisher dedicated to doing whatever we want,” where what we want generally involves beautifully designed books. He’s also the man behind Bleached Whale Design, having contributed his designs in various capacities to the likes of MAKE, Time Out, Punk Planet, shelter and Newcity, and has recently designed books for a number of small presses. As the host of what may be the city’s (the world’s?) only graphic-design talk show, “The Show ‘n Tell Show,” Dodson’s at the center of the local indie press scene. He’s also an author in his own right—under the nom de plume Zach Plague, he’s the voice of 2008’s “boring boring boring boring boring boring boring.” 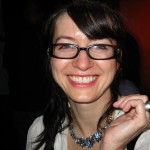 48. Simone Muench
Lewis University professor and award-winning poet Muench offered her new collection, “Orange Crush,” in February from Sarabande Books. Her alarming voice and soulful confidence create wonders on the page. From “Pages from an Unknown Title”: “Nervous spiders on a copper pipe. / An arm. / An anklet in the well. / Find your way out of this deathmess, Baby. / You are blued & dappled by the crosstown’s light.” Muench also released a chapbook with local poet Philip Jenks called “Little Visceral Carnival,” and the pair have already written another, called “Disappearing Address.” Muench is currently working on a new book of poems, titled “The Wolf Centos.”

49. Jesse Ball
The Plimpton Prize-winner has remained prolific since the 2004 publication of his first book of poetry, “March Book.” His work has appeared in journals like The New Republic and The Paris Review and “The Best American Poetry” anthology series. He’s published two novels with Vintage, “Samedi the Deafness” (2007) and “The Way Through Doors” (2009), both staggering in their invention and Ball’s dissection of the human mind and the tricks it plays. Ball is currently an assistant professor at the School of the Art Institute of Chicago. 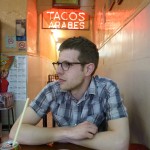 50. Isaac Tobin
Book design may be a relatively unsung field, but University of Chicago Press’ Isaac Tobin is attracting some attention for his elegant, witty covers and crisp interiors—the RISD grad has racked up accolades from the Art Directors Club, the Association of American University Presses and The Type Director’s Club. From the vintage-inspired cover of “The Pinocchio Effect” to the visual punning featured on the fronts of “Obsession” and “Science for Sale” to the clever typography on this year’s “The War on Words,” Tobin is the kind of artist that proves there’s hope yet for print media.

I’m disappointed to see Marcus Sakey so highly ranked on this list, with other more talented writers (e.g., Nami Mun) below. In his most recent crime novel, Sakey’s characters fell flat (and felt one-dimensional), and someone who lives in Chicago should at least be able to get the name of one of the city’s major parks correct (the novel references “Millennial Park” more than once). Perhaps crime fiction’s standards aren’t as high as other genres, but they should be. And in any case, putting his talent at #16 (where Luis Urrea resided last year) is a sad statement about your… Read more »

Julia Keller should be on this list, as the last surviving writer for a daily paper in the city who writes about books.

Please note that thought put down is *much older* than pen on paper. Clay tablets, papyri, ring a bell? The codex was not the earliest form of the book!

The ranking system makes no sense. And thanks for just listing published works and institutions of employment. I could never just google that on my own. A few more quotes, maybe some critical analysis might be worthwhile. And last year Oprah was no. 1 and now she’s not included at all. Obviously she still has a significant impact. If her impact does not affect the local lit world, then why have her at the top last year? It is impossible to create a hiearchy for all these published authors. Really why is Joe Meno “higher” than Audrey Niffennegger? (I feel… Read more »

Outside the Loop RADIO

[…] is out with its list of the top 50 movers and shakers in the Chi-literary scene.  Brian discusses this list on the Big Show this […]

This is a MUCH BETTER list than NewCity has produced in years. Primarily composed of authors, as it should be, and not just a generic list of every non-profit director and bookstore owner in town. For the first four pages I was asking myself, where’s Simone Muench and then, wala, there she is. Good job this year, NewCity, you really put some thought into it this time.

Nice list, but my favorite would have to be Scott Turow. Presumed Innocent is one of the best reads I’ve ever taken the time to digest.

I was born in Poland so I’m really glad to see Adam Zagajewski on the list. I read some of his poems and thought they were great. It took me a while to understand them, though 😉

Nice list, but my favorite would have to be Scott Turow. Presumed Innocent is one of the best reads I’ve ever taken the time to digest.

I agreed with about 95% of the points you made, especially Aleksandar Hemon, but where we differe somewhat is the poems written by Adam Zagajewski. But all in all, I think you were dead on.

I agree with CJ Laity about this year’s list. In the past, I’ve been surprised by how many promoters of writing/literature were listed rather than actual working/publishing/award-winning writers. Of course there are some important writers who are missing from this year’s list–and a few on the list who don’t seem as distinguished as the rest (or as distinguished as some left off), but that comes down to opinion. Overall, great list. I am wondering if, in the future, there might be two or three lists–maybe one could be exclusively for mystery writers or they could be broken down by genre.… Read more »