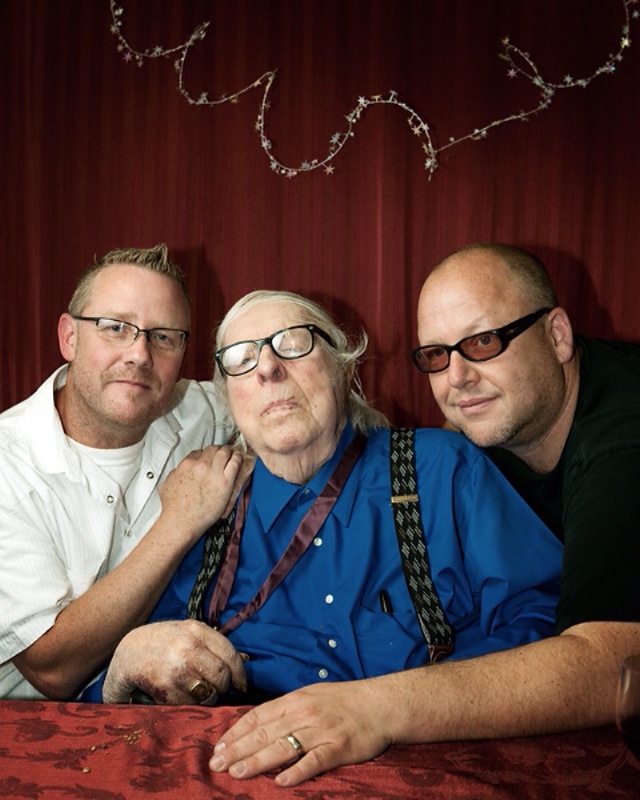 The premiere episode of “Q&A” on the Newcity Video Network

On the cover of a new collection of interviews with Ray Bradbury, the legendary author proclaims “Sam Weller knows more about my life than I do!” It’s probably not far from the truth, since Weller can claim to have gotten his start even before he was born: Weller’s father read Ray Bradbury to him in the womb.

Ray Bradbury was born and raised in his early years in Waukegan Illinois, just forty miles north of downtown Chicago. His family moved west to Los Angeles during the Great Depression, and Bradbury went on to be one of the twentieth century’s most celebrated writers, crafting such classics as “The Martian Chronicles,” “The Illustrated Man,” “Fahrenheit 451” and hundreds of stories, screenplays and television scripts. His career has taken him far from his idyllic youth in Waukegan, but not too far:  those formative years in the Midwest were forever captured in his most celebrated stories.

Chicagoan Sam Weller has spent the better part of a decade on the Bradbury beat: first in crafting the definitive biography of the author, “The Bradbury Chronicles” and now, on the eve of Bradbury’s ninetieth birthday, he’s assembled “Listen to the Echoes, The Ray Bradbury Interviews.” Needless to say, he’s developed a special relationship with the author.

We caught up with Weller recently in Printers Row and taped an interview. You can watch the entire video, the first in a new series called “Q&A,” below, including the details on a day spent with the Bushes at the White House. Here are a few highlights from the interview.

Encountering Bradbury in the Womb

My relationship as a reader goes back, like so many people, to my childhood. As I wrote in the introduction to my biography, my dad was a big Bradbury fan and read his work aloud to my mom when she was pregnant with me. I was nine months in utero and my Dad read “The Illustrated Man” aloud. So here I am, all these years later, as his authorized biographer. It’s an interesting twist. Ray thinks it almost sounds like a Bradbury story, and I think that that was intriguing to him.

Hugh Hefner had had the vision to publish “Fahrenheit 451” in its entirety, in the second, third, and fourth issues of Playboy magazine. He published not just an excerpt, he published the whole book in its entirety. And so we went to the Playboy Mansion to interview Hefner in the fall of ‘04, and pulled up the driveway, and there were three, um, Bunnies out in like Lycra workout gear doing jumping jacks on the front yard. I mean, you think it’s some marketing plant or something. Bradbury’s jaw dropped. He said, “I’m never leaving! I’m never leaving!”

I was with him in the car one night when I watched him go under an overpass on the 405 freeway; there was beautiful graffiti painted on this overpass. I saw him look out the window and he said, “By God, I wonder how those artists get down under that, hanging over the freeway, and paint that?” And he went home that night and wrote a short story about a graffiti artist who plunged to his death while creating his masterwork. And that was an opportunity for me to see the wheels turning inside this man’s head.

There was one day when I was in L.A. and he said, ‘Let’s get in your rental car and let’s drive around L.A. and I want to show you my memories.’ And we went all around Los Angeles and it was sort of this time-traveling adventure. We went to his first apartment he lived in in 1934. We went to all the places he lived. We pulled up to a bungalow on 12th Avenue on the east end of L.A. and he said, ‘This lawn right here, see that mailbox? 1938, I got my first acceptance letter there. And I opened it up. It was from a magazine called Rob Wagner’s Script. And I screamed with joy. I had sold my first story. And my mother heard me yelling and rushed out, and I said, “Mom I sold my first story, I sold my first story!” And I danced with my mother on that lawn we’re looking at.’ So that afternoon we drove all through Los Angeles and Hollywood and he shared with me these beautiful moments.

Sam Weller reads from “Listen to the Echoes” on July 7 at Book Cellar, 4736 North Lincoln, at 7pm and then will celebrate the official release on July 8, with an interview and book signing at the Stop Smiling Storefront, 1371 North Milwaukee, 7pm. Both events are free; RSVP to the party at rsvp@stopsmilingonline.com

The premiere episode of “Q&A” on the Newcity Video Network