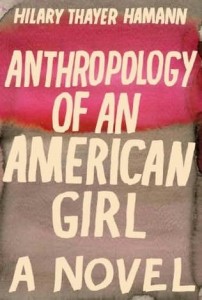 Hilary Thayer Hamann self-published “Anthropology of an American Girl” in 2003 and gained a cult following. It’s easy to see why—the novel’s protragonist, Eveline Auerbach, mixes romance, feminism and pretension in a 600-page dreamlike reverie. Occupying the mind of a young woman struggling to make sense of her own thoughts for so many pages can be exhausting, but it’s part of what makes the novel so appealingly realistic.

Few summer novels with pink covers about women and their lovers have writing that’s even vaguely palatable, and this is where “Anthropology” excels. Even when she strains metaphors and gets tiringly descriptive, Hamann is serious about writing well, and it shows. Eveline sits in the passenger seat of the car and the door flings open. “Tentacles of air pulled at my chest, suctioning, summoning me,” Hamann writes. “I felt wind on my face, and my knees pulling right as if inside there were pieces of metal and outside there were magnets.”

Unlike most heroines of chick-lit, Eveline is a real feminist. This is the 1970s, pre-post-feminism, and Hamann’s ability to talk about what most chick-lit leaves out will make this novel a favorite of precocious young women. Oftentimes the tangents on gender (or class, or adulthood) feel didactic, like a sophomoric essay rather than the inner mind of Eveline, but that’s all the more realistic. What self-assured seventeen-year-old doesn’t convince herself that she finally knows all the answers, and how to say them? “I felt an acuteness of being, a lonely fury of connectedness,” she says. It’s pretty and philosophical and doesn’t really mean much, like the lyrics of an angst-ridden teen’s favorite song.

Hamann puts words to thoughts girls like Eveline might never having heard them before, in songs or otherwise. “The indisputable wrongness of someone’s having taken something that did not belong to them, filthied something that I’d kept clean, made their mark on property that was mine,” Hamann begins a sentence that goes on forever. Like Eveline, we’re unable to escape the pain of her rape, left trying to find analytical explanations, left with words that aren’t that beautiful and don’t bring any new understanding to the world. But eventually her thoughts become chimerical and grate against the reality of her world, and we see why young women find solace in this novel. “…it is hard for people to understand the inside of a girl, the way it is shaped like a conch with filigreed avenues that are spectacular and ornamental. People tend to think it’s just a hole.” 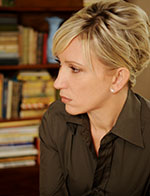 Of Eveline’s various lovers, Harrison Rourke, a sexy boxer who teaches drama at her high school, is the one who really matters. About the only thing that separates him from Ayn Rand’s Howard Roarke is how he spells his last name, and young women who sing the praises of “Anthropology” are likely ready to fall in, and out, of love with Howard Roarke as well. Like “The Fountainhead,” “Anthropology” is too long and too wordy, but it’s a book that gives us a vocabulary for coming-of-age in a contemporary world.

Coming of age really does seem to take forever, and Hamann doesn’t expect Eveline—or you—to be able to do it in an afternoon. You might need to spend a week on the beach to finish “Anthropology,” but you might gain some insight, rather than lose brain cells, with this summer read. (Ella Christoph)