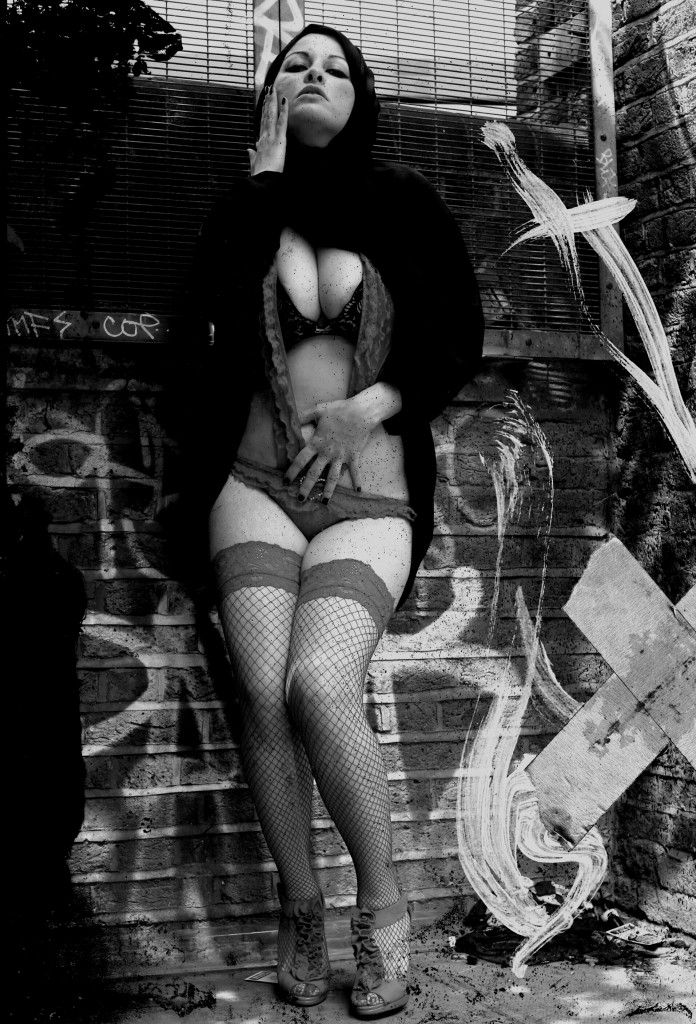 “We treat sex like a toy. A toy that destroys people.”
—Charles Bukowski

For the last decade, Iranian expat and self-described bookworm Roxana Shirazi has been hair-metal’s most powerful groupie. After the Shah’s ouster, her family flees Iran for a dismal existence in London, and li’l Roxana escapes through the music, and particularly the music videos, of Guns N’ Roses. Later, after ten years and miles of wang, she finally meets Axl in person and discovers that, like most of the many rock musicians she’s known and bedded, he’s basically an insecure nerd who got superpowers with no instruction manual.

How does one become a rock groupie? In its early chapters, “The Last Living Slut” suggests a pat explanation—throughout her childhood, Shirazi is continually abused, bullied and molested—but never quite lets us have it. The stereotypical trauma victim sees the world through a grey haze of numbness and confusion, but Shirazi is not only passionate and determined, but also relentlessly sensual, poetic and alive. Her own sexual fantasies are lush, florid and unapologetically feminine. Her prose glows whenever she describes orange light (a recurring motif). So although she’s certainly warped by her memories, she’s effectively gotten through them by the time she starts taking schlong from drummers.

Maybe she just really digs hair metal. (Shirazi’s tastes are oddly specific: She hates anything “emo” or “punk” and is a purist for Sunset Strip glam-rock over a decade past its sell-by date; she specializes in old has-beens like Izzy Stradlin and young, anachronistic poseurs like Towers of London. Her rock-slut fantasy congealed in the eighties, and she’s sticking with it.) And she really, really digs sex. She makes that pretty obvious. She’s a dazzling cartographer of her own physical sensations, and she’s profoundly aware of her partners’ experiences, whether they’re feeling anything genuine or merely clocking in and pumping away because they think they’re supposed to. Nevertheless, she admits she’s not always into it, either. She’ll slink backstage, meet a lead singer, describe him with obvious visceral disgust, and then blow him anyway because that’s the job description. She portrays the rockers in a raw, unflattering light. She luxuriates in their glaring insecurities. But she rarely, if ever, pushes them away.

Despite her admitted vulnerabilities and flexible standards, Shirazi never comes off as anything like a “victim” of anything like “low self-esteem.” She’s far too perceptive of others to be too hung up on what they think of her. She’s much tougher and more clued in than any of the surrounding characters, particularly the musicians. With few exceptions, Shirazi draws her long-haired consorts as disturbed, needy, oblivious boy-men. She digs into their misogynistic role-playing game and mines enough humanity to ensure they’ll never speak to her after this book comes out.

Gradually, it becomes clear: She’s doing this for status. Groupies are a community, a scene—just as the musicians are. And it’s a scene she’s determined to dominate. Shirazi is the Iceberg Slim of groupiedom, and the bands are her stable. Basically, there are two rules. Don’t fuck the opening act. And don’t fall in love. You know what they say about romance in the workplace. 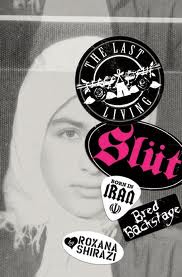 Inevitably, she violates rule number two, and she’s agonizingly aware of it. Her ultimate forbidden emotion is jealousy. If the guy she’s into ignores her and she finds herself resenting him for it on a personal level, her ingrained reflex is to fuck his three bandmates at once, to maintain a professional distance. When she develops mushy feelings for a tormented keyboardist, she demands that he piss on her, just to bring things back into her comfort zone.

Roxana Shirazi never really is a rock groupie, and she rigorously avoids becoming one. It’s just her job, and she enjoys pouring herself into the role. Throughout the story, she leads a parallel life as a feminist academic, and she glories in how fluidly she moves between her dual identities. Oppressed and humiliated as a girl, she resolves to lead her life as a broad, freewheeling experiment. The pain is part of the game.

Shirazi isn’t the last living slut, and she’s hardly the first meta-slut. But she’s got mad dirt on Brides of Destruction.