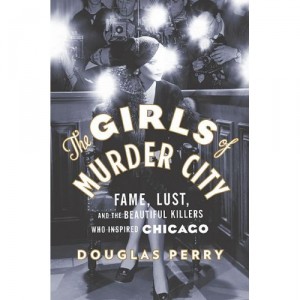 Known as Murder City in the Roaring Twenties, our fair city had another dubious distinction: it was home to Murderess’ Row, densely populated by women who killed their husbands and/or lovers. Douglas Perry’s thoroughly researched and diligently noted account of the women who inspired the play (and later musical) “Chicago,” stars Maurine Watkins, the young Tribune reporter turned playwright, and Beulah Annan, “the prettiest woman ever to be tried for murder in Cook County.”

It was 1924 and “Beautiful Beulah” was accompanied on Murderess’ Row by Belva Gaertner, “twice-divorcee” who was considered the most stylish murderess, 19-year-old “Tiger Girl” Kitty Malm and other, uglier inmates, including immigrant Sabella Nitti, who was sentenced to hang for killing her husband with a six-pound hammer. But it was Belva, then Beulah, who made headlines for shooting their lovers, and who the state’s attorney wanted to prosecute to prove that beautiful women should hang, too.

Reporting on this sensational circus, and subsequently writing the hit play, was the wry skeptic Watkins, who subtly tried to influence the city and the country to the prosecution’s side with her sardonic coverage. Much like the lawyers trying the case and the journalists reporting on the case, Perry predisposes his audience to a bias: before the trials start, he retells the crimes of Belva and Beautiful Beulah by what he has deduced as the truth, but it’s a truth only the murderesses know and, apparently, deadly women tell plenty of lies. Beulah told three different versions of the crime, so Perry had plenty of material to reconstruct what most likely happened, since it was clear to everyone, especially Watkins, that she was lying. The only exception was the most important one: the all-male, predominately bachelor jury, acquitted her in the name of self-defense. When Belva’s trial arrived—the details of her crime were fogged up by her assertion that she was too drunk to remember anything—it was overshadowed by the “crime of the century,” the trial of rich and curious boy killers Leopold and Loeb. A helluva time for Chicago, and Perry captures the sensationalism, sexism and wantonness of Chicago’s take on the Prohibition Era. (Robert Duffer)

The Girls of Murder City: Fame, Lust, and the Beautiful Killers who Inspired Chicago
By Douglas Perry
Viking, $25.95, 320 pages