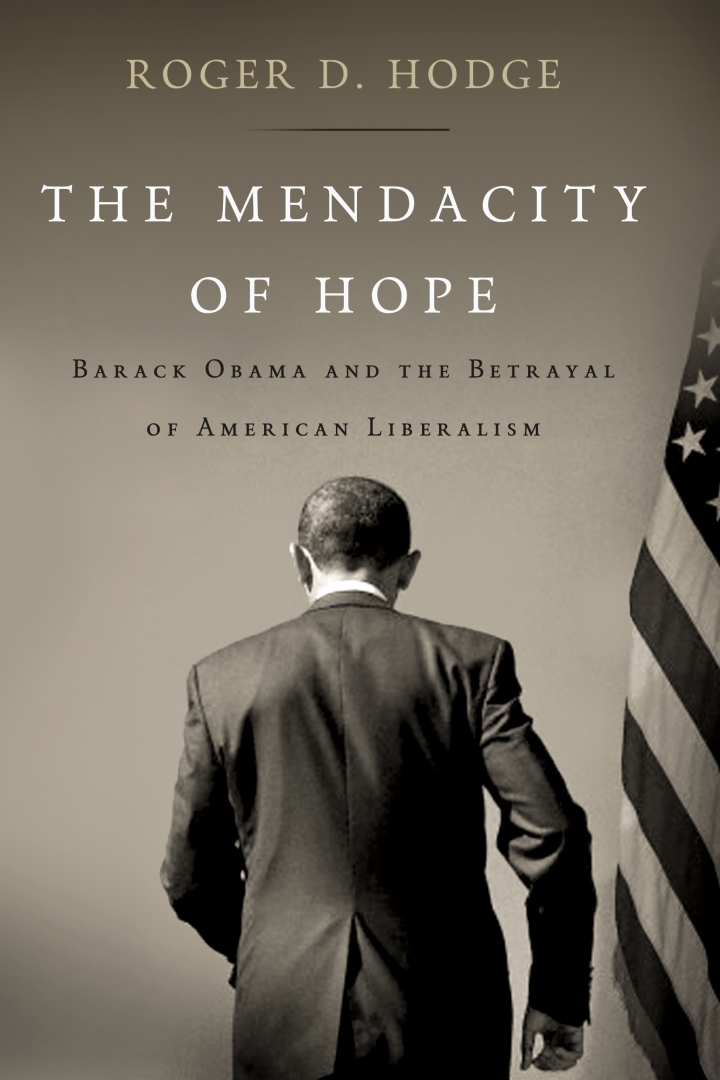 The midterm election is a quadrennial occasion like an extremely exclusive art fair or a seminal trade show for many American industries. The main topic, of course, is the celebrated and increasingly absurd blend of American ritual and American politics. The midterms inject energy into everything, and especially the allegedly troubled industry of pulped trees and human thought that is known as publishing.

For publishing, elections have the appeal of serialization: something to bray about every fourth year with keen insight and the force of a future vision shaped by four additional years of the past. It’s a time when publishers can wantonly publish umpteen books on the subject of politics and the definitive fate of the world as we know it for at least the next two years based on the previous two.

The books roll out in various covert forms, often with abrasive and poorly designed red, white and/or blue book jackets that match campaign agitprop strikingly well. The actual content of these books often throws something a bit more presentable onto a polemic, makes strong assertions palatable by means of boutique authors peddling the bohemian thrill of original thought about a subject that literally defines the masses. The midterm polemic usually goes about doing this by tucking ideology into the wings and letting a linear narrative step into the foreground for easy reading. This is all done in order to parade the elections past readers’ minds and imaginations in the hottest narrative fashions of the day and, ideally, make a buck.

After extended exposure to four of these books, I’ve determined that the best solution is to read as many of them as you can acquire on as regular a schedule as you can accommodate: they are fascinating, and full of that old-fashioned thing so many good books still possess: unusual but pertinent facts, detail, depth, length and complexity that can be found nowhere else, not even on The Daily Show or in The New York Times. These books possess those traits in droves and offer a kind of continuity and sustained focus, a focus that feels as though it’s gone missing from almost every other sphere of life recently. 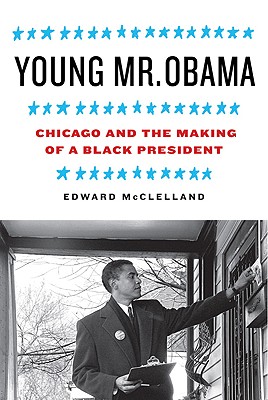 Edward McClelland was a staff writer for the Chicago Reader, and his reporting chops are clearly on view throughout. As he tells “Young Mr. Obama”’s tale he pays such diligent attention to the years when he wasn’t actually following Obama for the Reader that the book barely hiccups when McClelland mentions his early and occasionally icy encounters with the man who is now the leader of the free world.

On occasion, McClelland’s Reader assignments put him behind the guy who was arguing across the table from Obama. This is what makes the book interesting: McClelland’s is a biographical commentary told from a non-movement Obama follower writing in the voice of leftish ‘journalistic objectivity.’

This not-necessarily-his-friend/puppet/co-conspirator voice lends to McClelland’s book a clarity about Obama-as-schemingly-brilliant-strategic-machinator. But the narrative cuts off before it even begins to inform our contemporary understanding of the man. Instead, “Young Mr. Obama” stops when McClelland decided that youth expires. For Obama, this period appears to cover the twenty years from community organizer to Organizer in Chief (i.e. somewhere just after Obama’s successful U.S. Senate campaign). 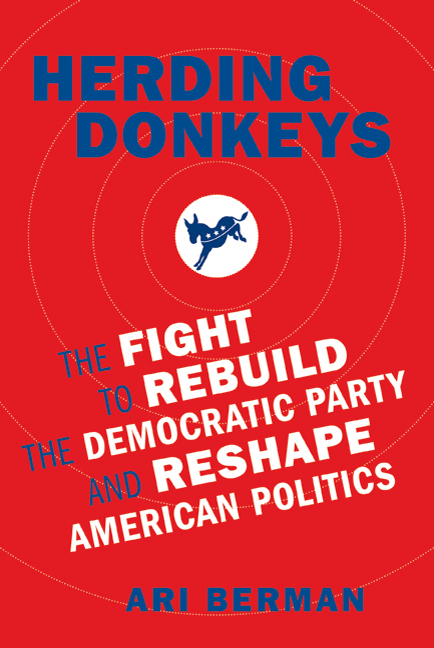 Shifting gears from the biography of the president into the biography of his party, I moved on to Ari Berman’s superb “Herding Donkeys,” which picks up almost exactly where McClelland ends. Starting with Howard Dean and his infamous scream, Berman undertakes what might seem like the petulant and boring task of the DNC’s piecemeal organizational/mechanical evolution over the subsequent four years and culminating with the much-touted post-racial president we know and seldom love today.

The secret, as to almost anything relevant from the last decade, was produced using a combination of the social and the digital. The result was the now-enthralled Net Roots Movement, where the Democratic Party, under Dean’s prescient energy and enthusiasm, could have the audacity to imagine a strategy that actively targeted every single state. Working with agile web development and time-tested radical organizing techniques, the Democratic Party could retake a strong presence through addressing local issues and showing those who were basically fucked over by more rampant Bush burning that Democrats aren’t just so many bankers and fat cats.

Berman focuses sharply on the front-line efforts at a precinct level that draws back the curtain on what has actually been happening in the door-knocking, home-entering, meaningful-conversation-having politics of the last five years.

There’s disappointment, too, lingering in the wings of both books. It’s hidden at first, and emerges as the storytellers tell their tales. For McClelland, the disappointment stems from Obama’s ability to craft meaningful relationships while his intention always remains that ever-greener pasture, that next best flock of sheep, that next highest office attainable. For Berman, the disappointment seems to stem from a better-argued accusation that Obama, having taken Washington, merely entrenched himself there, forgetting his 300 million constituents.

Interestingly, the dividing line for these histories-with-an-agenda seems to be 2008, or at least the meat-and-potatoes available for objective argument stop short at the Presidential proceedings.

Enter the master argu-tainers of the far-ish left: Tariq Ali and Roger D. Hodge. Too smart to be news anchors, at times perhaps too strongheaded or intelligent for their own good, Hodge and Ali push against Obama’s popular fervor and ask what could be done better, what work is there left to do. The answer, in Hodge’s case, is unusually rousing and gives you some sense of what it must have been like to read “Common Sense” and to suddenly see it all so clearly with Thomas Paine’s eyes. 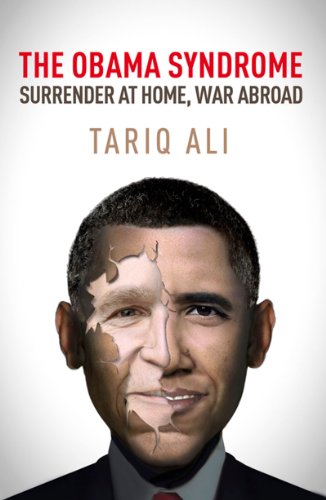 Tariq Ali’s “The Obama Syndrome,” on the other hand, is a dense and sometimes sleepy string of facts about the contemporary world arranged in such a way that the weight of all blame for just about everything that continues to be wrong with human civilization falls squarely on Obama’s competent but sometimes dormant shoulders. Ali is smart as fire, but this is the calm, domestic fire of the living room or else it is the slow burn of the entrenched institutional critique. It lacks the make-you-want-to-stand-up-and-say-fuck-yeah attitude with which Obama adeptly mystified the masses during his campaign.

“The Mendacity of Hope: Barack Obama and the Betrayal of American Liberalism”
By Roger D. Hodge
Harper, $25, 272 pages

Then as the counterexample, we’ve got Roger D. Hodge’s “The Mendacity of Hope” with its cheeky title and concomitant scandal. (Hodge was fired for an undisclosed reason from his post as Harper’s editor-in-chief shortly after penning an essay in that magazine with the same name as his new book.) “The Mendacity of Hope” reads like a thriller. It has the amphetamine throttle of Berman’s book with a tinge of historical fantasy that makes American history look simultaneously sublime and ridiculous.

It’s the Hamiltonians versus the Jeffersonians in a philosophical duel of world-historical proportions that would make Linda McMahon blush in her World Wrestling Entertainment undergarments. It’s the special interests with their money in politics alongside an interrogation of America’s need for a standing army updated with third-party rage, secondary motives and first-rate intelligence. It’s Orcs and Elves except Tea Party and FCC with a full blown sense of irreverence and insight that is constantly pausing to ask why, exactly, Obama needed to spend $750 million of private money to get elected and why, exactly, we’re so surprised when politicians come out with policies and programs that favor their top investors–er, donors—and why, exactly, we persist in our belief that a country that spends so noticeable a chunk of its GDP slinging public mud while waging a war in the graveyard of empires remains the bald halcyon and democratic emissary sent down to earth.

After daily engagement with such well-thought politics, re-exposure to cable news called to mind gnashing cardboard shards from the floor of a fancy but unwholesome grocer. And the news-based factual regurgitation that passes as “opinion” or “article” or “news” reads like a thin verbal gruel dripping from the rabid mouth of a digital journalist, caged and driven mad by an internet that force feeds its factory workers prosaic laxatives and six unforgiving meals in a single day.

But the books! Read up, find me and a beer, and let’s have at it.