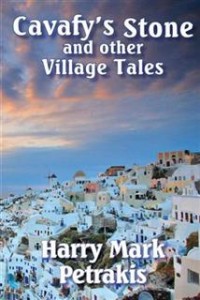 No one understands the landscape of Greek communities, or the shape of their people’s souls, better than Harry Mark Petrakis, dean of Chicago authors. While he returns to this familiar geography once again for his latest fiction, he has done something different.

Using a single, nearly contemporary, Greek village as a setting with its Orthodox priest as a human touchstone, Petrakis has created a poignant suite of tales exploring kinship, mortality, sexuality, violence, jealousy and betrayal. Emotionally true with a hard, grounded wisdom, these masterful, large-hearted explorations retain a connection with both magic and mystery; and they evoke nostalgia for a life that even in Greece is passing.

In one tale, a matchmaker’s skill and devotion are fueled by the failure of her own marriage, but shrink from seeking a mate for a man fated to die young—until her leap of faith reconfirms the value of her calling. Again and again, this master storyteller reminds us that in not-so-simple but humane everyday acts we can achieve the Homeric.

In the final story, Petrakis assays the experience of the priest’s wife, the “Presbytera,” who in the Greek church has specific functions and obligations but inevitably is overshadowed by her husband. In her sympathetic portrayal, one suspects this old master—himself as much actor as storyteller—is paying homage to his own wife, Diana, an inspiration in both his life and art. Those of us who love Petrakis’ work must applaud her as well. (Martin Northway)