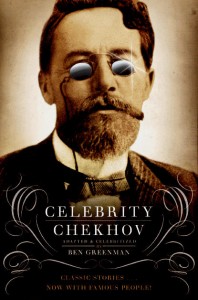 With “Celebrity Chekhov, ” author Ben Greenman jolts the Good Doctor’s short stories out of the Russian past and into the “E! True Hollywood” present—the tales are the same, but instead of Anna Sergeyevna and Ivan Andreitch, we’ve got Oprah Winfrey, Lindsay Lohan, Jay-Z and David Letterman. For Greenman, the book is as much about reading contemporary culture as it is about reading Chekhov. Part of the project, he says, is “to restore depth to contemporary celebrities.” And it’s true: transported into Chekhov’s melancholy landscape (it looks a lot like the Hamptons), Alec Baldwin’s malaise is downright lyrical.

If Greenman is interested in rescuing celebrities from their US Weekly caracitures, it’s hardly a surprise. After all, in addition to being a New Yorker editor, fiction writer (his story collection “What He’s Poised to Do,” came out this summer), essayist and Chekhov aficionado, he’s an accomplished ghostwriter and the pen behind the memoirs of Gene Simmons and Simon Cowell. I caught up with Greenman, who took a break from promoting his latest to weigh in on the appeal of celebrities and the allure of the Russians.

Why Chekhov? Are you a longtime Chekhov fan?
Sure. Who isn’t? But the longer answer is that these are stories that I have always returned to, and stories that I felt were perfect illustrations of human behavior that also operated a little problematically for contemporary readers. I had just finished something like three books in four years, and I was playing around with his stories, more as a director than as a writer, and suddenly the surface of his work cracked and a little shaft of light shone through, and I saw how they might be manipulated and retooled in a way that gave them a different kind of life without doing too much violence to what was already there.

You’ve said that the people Chekhov’s stories are “are filled with character, certainly, but they are not exactly characters.” Why do you think that is?
I think it has something to do with the Russianness of them—the long patronymics are hard to retain—but also it must be part of what Chekhov wanted to do. He wanted the characters to be universals. As specific as their circumstances can get, as precise as the plots can be, they are still ways of demonstrating certain aspects of human behavior that we all share. We want to look good in front of our friends and family. We sometimes let pride get the best of us. We love people and can’t come right out and say it. 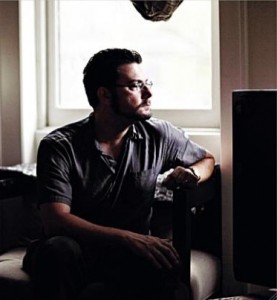 Did writing the book change the way you yourself read Chekhov?
Internally I was always doing something like this. When I read about a soldier in nineteenth-century Russia, I updated it to a county clerk in South Florida in 1994. I think it’s part of how we all already read literature—we are lowered down into the deepest parts of the work and when we surface, we remember it the way we want, so that it’s relevant to our life and our thinking.

Some of the celebrities’ real-life bios have more obvious resonance with the Chekhov plots than others.
Part of the experiment was to alternate obvious choices—Britney Spears remembering when she was young and beautiful, Lindsay Lohan failing an audition—with more idiosyncratic pairings, so that this idea of celebrities’ inner lives was called into question a bit. Clearly they have inner lives, but often we deny them that, and even when we grant them interiority, it’s not always clear that we’re correct in our assumptions.

From celebrity memoirs to Celebrity Chekhov, you seem pretty clearly interested in celebrity—the people, but also the concept. What is it that draws you in?
Well, that’s two points on a line. There are also six other books that don’t have much to do with celebrity. Although, now that I’m making a list, maybe you’re right. My novel “Please Step Back” is about a funk-rock star, so I guess it’s more prevalent than just the ghostwriting projects and Chekhov. I think I’m interested in private and public lives, which is a much broader and deeper subject than just celebrity. Many, if not most, of my books are about that in some form.