by Brian Hieggelke
November 20, 2010Filed under: 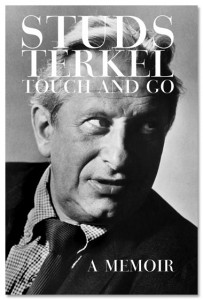 In a way, all art is site-specific. And a writer’s site, whether it be hometown, adopted home, or holiday retreat, speaks loudly, however subtly expressed, in his works. Tonight, Chicago will honor its literary masters as the Chicago Writers Association inducts its inaugural class to the city’s own Literary Hall of Fame.

“When you tell people about a literary event, most think it will be like watching the book channel,” says Donald Evans, the Hall’s executive producer and Chicago author. “That’s the blessing and the curse of being a writer. How many people would recognize Stephen King walking down Michigan Avenue?”

After establishing the Hall of Fame in the spring of 2009, board members assembled a nominating committee that seeded through decades of Chicago-related literature to settle on twenty-seven candidates. A separate selection committee whittled the list down to six.

Evans admits the last few weeks have been expectedly hectic. “I’ve woken up in a panic a few times. ‘Nobody’s going to come!’ Yet over 300 tickets have already been sold, to relatives of the inductees, to members of the Writers Association, to citizenry of the literary arena.

The celebration, hosted by Rick Kogan, whose father entertained some of the inductees and their contemporaries in his salon, will be more than merely an awards show. Programming includes readings by modern authors as well as performances by local theater ensembles and youth writing groups.

“If this one goes well, in the future, it might be a bigger deal,” Evans says. “We are confident the ceremony will be great. We have really good people involved.”

Evans may have created a monster: as soon as the inaugural ceremony hears its final applause, the board will already look forward to selecting next year’s class. (Kristine Sherred)