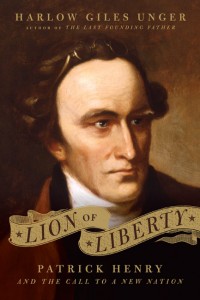 Acknowledged as the Colonies’ most brilliant orator on behalf of political liberty, sometimes it was as if Patrick Henry could summon thunder from the sky. But after the Revolution, for days he implored Virginia’s convention not to ratify the proposed U.S. Constitution. With George Mason, he did not believe it provided sufficient protections of the rights of citizens from the federal government.

After sessions in which he had spoken as much as seven hours, provoking the verbal wrath of his opponents, he warned of the “awful immensity” of the dangers of the proposed system. “I see it! I feel it!”

As he rose to his full six feet, spreading his arms wide to make a final appeal, the skies blackened and a bolt of lightning shook the very hall. “The spirits he had called seemed to come at his bidding,” recounted one delegate.

Henry performed brilliantly, but the strongest voice carrying the convention for the Constitution was not even present—that of his great friend Washington.

Patrick Henry was one of this nation’s most passionate figures, and in this accessible, elegantly written biography Harlow Unger brings the leonine patriot vividly to life, skillfully weaving his story together with the outsize history he helped shape.

Henry was a Virginia uplander sired by a well-educated Scotsman who saw that his son got a good home-schooling, but Henry lacked the privileges of Virginians like Jefferson. His father helped establish him in a business but gave him room to fail, which he did, before he read the law and, self-taught in books and courtrooms, used the rewards of his newly chosen profession to fund successful plantations.

Not one of the powdered-wig set, he became a familiar figure in homespun, mesmerizing courtroom audiences with his passionate drawl and firm reasoning long before his famous Revolutionary War “Give me liberty or give me death” speech.

Early on, a young Thomas Jefferson on his way to enroll in college met Henry as he was retrenching from his failed business. It was the Christmas season, and he was impressed that Henry’s setback had not dimmed his holiday spirit. Like Jefferson, he loved to play the fiddle, and also sang bawdy Scots ballads.

“I met Mr. Henry in society every day,” Jefferson recalled. “His manners had something of coarseness in them; his passion was music, dancing, and pleasantry. He excelled in the latter, and it attached everyone to him. … his misfortunes were not traced, either in his countenance or conduct.” Unger’s account makes it abundantly clear why Patrick Henry’s personality was as infectious as his patriotism. (Martin Northway)

“Lion of Liberty: Patrick Henry and the Call to a New Nation”
By Harlow Giles Unger
Da Capo Press, 322 pages, $26