by Brian Hieggelke
January 4, 2011Filed under: 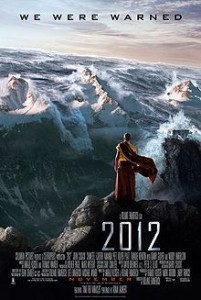 I teach freshman writing and composition classes at a private university in Chicago filled with extremely bright, driven students. My spring course is a research-based writing course, in which students produce a long academic paper that, as I put it on my syllabus, “intervenes with current scholarship and expert opinion on a current theoretical problem.” Put more simply, students take a position on an academic debate and support it.

For the sake of coherence in presentations, I usually pick a theme for the papers (the American dream, health, and so on). Last spring, for the first and last time, I let students choose the class theme of research papers. One class of students almost unanimously chose “conspiracy” and the other class unanimously chose “paranoia and apocalypse.” The results were hilarious, terrifying and illuminating.

I learned that more than 20 percent of my students in one class didn’t believe that any humans have landed on the moon. That a quarter of them think there are extraterrestrials living among us. One student brought in a Polaroid picture of her high-achieving sister who had seen a UFO, appealing to our ethos and pathos where logos failed to persuade. Another student made a compelling argument for why the government was probably testing vaccines on homeless people by giving them diseases (after the infamous syphilis outrage of earlier generations). Many students studied the rhetoric of paranoia itself, in and out of the academy, where they learned that academics were just as distrustful as they were of accepted histories, the “hermeneutics of suspicion” Eve Sedgwick has described, even if that distrust wasn’t aimed at the same targets as my students’. They told me that their generation of scholars were going to be even more paranoid.

I also learned during conversation that 68 percent of my students sincerely believe that we are going to face an apocalypse during their lifetimes, either environmental or nuclear (students in both classes examined the year and the movie “2012” in the cultural imagination). Of those, half were positive that the world was going to end in the next ten years. Here they couldn’t find either academics who agreed with them (as environmental scientists are backing away from apocalyptic rhetoric in the interest of trying to seem “moderate”) or even much conversation about this kind of cultural atmosphere. A significant portion of my students will end up in the academy. How is it going to change? Does every generation think the world is going to end in its lifetime? Does our teaching and writing need to take into consideration the fact that the generation we’re teaching has more reason than ever to be right about it, if they do? In some ways, these students are the logical conclusion of the history of paranoia of postmodernism and the cultural wars. In other ways, we have a lot to learn from the generation raised by the Internet and the fact that they are more distrustful of knowledge than the most radical postmodernist. (Monica Westin)