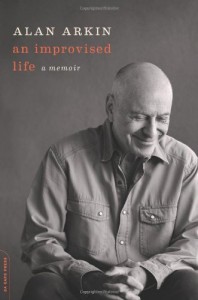 “For the most part I had become an actor so as to hide, to find my identity through pretending to be other people,” confesses Alan Arkin early on in “An Improvised Life.” Over the course of his half-century-long stage and film career, he has created a memorable gallery of outsiders, underdogs, oddballs and everymen, portrayals charged with intelligence and a barely contained manic edge. Unfortunately, little of that energy finds its way into his writing. It is as though the author lacked either interest in or access to his subject—which is to say, himself.

“Outside my life as an actor I had no life at all,” he tells us. “There was no possibility of my playing myself on the stage because I didn’t know who I was. I didn’t have a clue. I only knew myself as other people.” Theater for Arkin was not so much a journey of self-discovery and connection with others as it was a way to fill an aching inner void. He seems to have remained as he began, a bemused spectator of his own life and times, fully awake only when embodying and gazed at by others.

At age five he decided to become an actor: “At school my main activity was staring out the window and daydreaming about being other people in other times, other places.” One day, little Alan was playing on the floor of the family’s Brooklyn apartment while his mother comforted a sobbing friend. “I watched the woman pouring her heart out to my mother and found myself slightly revolted. ‘I’m not moved by her performance,’ I thought. ‘What is she doing wrong?’ … If she wanted to interest me, I thought, she’d better cut back on the tears a little and leave some room for my feelings.”

Why would an eight-year-old respond to manifest human suffering as though it were a botched audition monologue? An obvious question, but one not addressed by the resolutely unintrospective narrator. There are suggestions of a shadowy side: “I had never thought of myself as a violent person, but now I was confronted with the daunting task of recognizing that the inhumanity I was so eager to denounce in the ‘Popi’ script was alive and well in me.” That’s about as deep as the self-analysis gets, though. “We live with the illusion that the ends are worth the means,” he concludes on a note of mangled platitude.

The reason anyone would want to read a book like this is the stories, the backstage gossip, the insights and exposés. But this slim volume is singularly lacking in telling details, its airless narrative space dominated instead by glib pronouncements about acting and the actor’s life—such as, “It wasn’t a gift that the craft of acting had bestowed on me, it was a gift that I had bestowed on the craft of acting.” Perhaps the worst of these moments is when he decides to “love” an actress who continually upstages him. “At that time I didn’t have the wisdom to realize that I had stumbled upon a crucial tool for life”—i.e., the idea that “love” can come in handy when dealing with uncooperative co-stars and tough audiences. The only good tales here are borrowed from others—Eli Wallach, Anthony Perkins. How, one wonders, can such a funny actor be so flat a writer? This may be the book’s one real lesson: on stage, improvise; on paper, revise. 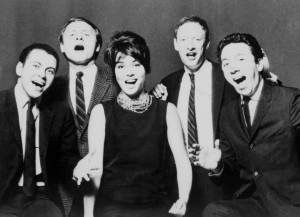 Of greatest interest from a local angle is Arkin’s time with The Second City during the Paul Sills era, a golden age of improvisation if ever there was one. Arkin’s cast included such luminaries as Andrew Duncan, Anthony Holland, Zohra Lampert, Barbara Harris, Del Close, Paul Sand and the incomparable Severn Darden. But we learn little about them or the vibrant early-sixties scene. Chicago is reduced to a flyover Siberia: “Making the call [to Sills about joining the troupe] would absolutely end my chances of doing anything major in either New York or Los Angeles. … Chicago had no theatrical importance in those days; this felt like a death sentence for my career.”

Instead, it was a launching pad—which is exactly how it is treated: “From my one year in Chicago I gained ten years worth of experience.” What’s missing is any sense of improv’s larger meaning and purpose. The early Second City, with its satirical content and spontaneous technique, signaled a thaw in the deep freeze of the 1950s, the hip and comedic tip of an opening in the culture. But Arkin is oblivious to context and history. Playing Khrushchev (with Darden as “translator”), he “was able to avoid making any kind of intelligent political statement by speaking only in Russian gibberish. In that way, I could emote my brains out without knowing a thing about politics, a topic that interested me not at all.”

And so it goes. Parents, siblings, wives, children, colleagues, friends drift wraithlike through the chapters, none achieving even a hint of genuine presence. Arkin’s life path is non-volitional, somnambulistic: he gets into directing because pals ask twice; he writes a one-act play because his then-wife wants help with her script-formatting software; he leads acting workshops in order to deflect a request to give the commencement speech at Bennington College, the school he bombed out of. Nothing seems solid, sustained or quite real.

What drives him is the intensity of unreality that can occur only on stage. At 18, as a student in Los Angeles, he first fully experienced this phenomenon: “When I walked onto the stage it was as if the character told me to get out of the way and mind my own business. … It was as if I were outside of my body, watching the play from perhaps forty feet above the stage. … For those few minutes, I was living in a state of grace.” His life is an attempt to enter the zone and relive that moment of depersonalization and blessed escape.

Later, he laments the plight of the film star: “No one seems to pay attention to how difficult a life [show biz] can be, and how many broken, fragmented lives are connected to it … for a great many of us our work is a serious addiction, with all of the liabilities that accompany any dangerous addiction.” This is the book’s dark and almost but not quite spoken truth: that acting is Arkin’s drug, his self-medication. It is not a craft, not a calling, not a living—it is a dependency, a dominating need that overshadows relationships and unbalances life.

Underneath such a habit must lie deep pain and fear. Arkin never specifies here what it is he is running from, but one can hazard a guess based on a key biographical fact he conspicuously fails to mention. Both of his parents were Depression-era Communists, and suffered dearly as did many others for their ideals and beliefs during the blacklist days of the 1950s in terms of unemployment, poverty, harassment and ostracism.

One sees this only indirectly in the book, as when during the worst of the McCarthy horrors, Arkin’s struggling parents send him exactly one dollar a month for his college expenses. But the trauma of the Red Scare helps explain some of the salient points of his personality: the obsession with make-believe, where he could take on and cast off roles without danger of persecution; the disconnection from body and feeling; the tantrums and rage on the set, combined with a chronic blankness and passivity offstage and in his writing style; and his roster of nonconformist characters, allowing him to continually re-enact and resolve old wounds without ever consciously addressing them.

Read in this light, “An Improvised Life” is a sad book, illustrating Thackeray’s dictum that humor is the mistress of tears. In Arkin’s case, theater is a refuge from a terror that threatens to engulf him—a terror so oppressive that, in his mid-seventies, he still cannot name it or touch it. It is no wonder that almost every sentence of his memoir has an evasive quality. He is in a sense attempting to improvise his way through life, without acknowledging or dealing with the real and painful scenario into which he was born.