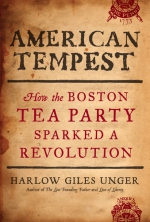 With solid research and elegant, even passionate writing, Harlow Giles Unger has achieved the first rank of historians rescuing our powdered-wig set from the dust of history or, even worse, modern partisan mythology. Yet, while enthusiastic about the Revolutionary spirit, his “American Tempest” sends up sort of a Bronx—make that Boston—cheer for the Tea Party patriots.

On behalf of law-abiding loyalists abused by our own Revolutionary extremists, Unger gives the post-Revolutionary last word to the subject of his splendid biography “Lion of Liberty”: “Peace hath returned and found us a free people. Let us have the magnanimity to lay aside our antipathies and prejudices. … Let … liberty stretch forth her fair hand … and bid [the former loyalists] welcome.”

Alas, even the voice of so ardent a patriot as Patrick Henry could not stem a tide of upwards of 100,000 American Tories—including as many as perhaps ten percent of New Englanders—from being expelled from or fleeing the Colonies. Some of these would have agreed with a British sea captain’s assessment that prewar colonial Boston was a “blackguard town … ruled by mobs” or Tory Peter Oliver’s description of it as “the metropolis of sedition” where “those who were the most distinguished” of the clergy “distinguished themselves in encouraging seditions and riots…”

Beside the most principled colonial patriots plotted greedy traders profiting from smuggling to avoid the relatively few British wholesale duties; the yin to gold-plated but moderate merchant-banker John Hancock—who helped bankroll the patriots—was the yang of opportunistic extremist Samuel Adams, Jr., who sponsored a coterie of street thugs under Ebenezer Mackintosh that furnished the muscle for mob actions including arson and tarrings-and-featherings, and who first donned the pseudo-Indian garb we associate with the famous Boston Tea Party.

Unger’s narrative emphasizes that while the colonials railed against “taxation without representation,” they were affected little by British taxes on wholesale goods and only became united against the more widely applicable Stamp Tax—which because of vehement protest was quickly withdrawn. Still desperate to recoup some of the past expense of deploying British troops to protect the American frontier during the French and Indian War, Parliament invoked the Townsend Act taxes on commodities, only to be clobbered by a colonial boycott on English goods that cost English merchants more than seven million pounds in sales over two years.

Again, Parliament revoked all those taxes except, for face-saving perhaps, the miniscule Tea Tax. The British people were already suffering acutely under increased taxes on poorer and middle cases to pay the American defense bill while Parliament refused to levy against the rich who had so profited from American trade. (Seem familiar?) Only about one in nine adult males in Britain could vote, making their own will on taxation only slightly more representative than the Americans’, who could not vote for Parliament at all.

No matter. Hundreds of crates of tea were flung into Boston Harbor, an example followed in other towns; the Revolutionary die was cast. Again, Patrick Henry was alert to a final irony: he said our post-Revolutionary Constitution “had created ‘a great and mighty president with … the powers of a king’ and given Congress the powers of Parliament to impose ‘unlimited … direct taxation.’”

Lesson: Be careful what you wish for, but embrace bloody good historical writing like this! (Martin Northway)