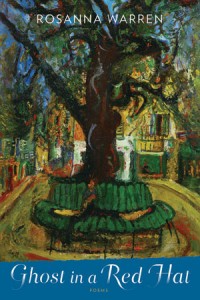 Poetry that works to explain the complexities of maternity and the intricate landscape of childhood is not uncommon in our contemporary moment, but it is not often so delicately complicated by the idea of familial grief as a global affair.

In “Ghost in a Red Hat,” Rosanna Warren discovers the language of human histories, sewing them gently into her own understanding of pain and tragedy. Her fifth book of poetry approaches national events and the lives of others with a comfortable directness, writing of grief in frank, confident terms: “Death outpaces us.”

The book carefully examines the life and death of her mother, slipping headfirst into the wide void of what it means to be “alone.” Warren writes, “There was something I wanted to say, at the age of twelve, some question she hadn’t answered…” But while the poems are elegiac, they are not limited to just the lyrical exploration of her mother. Warren meditates on not only what is influential, but what is most sincerely human about our culture amidst nature, focusing some poems on the U.S. Civil War and Hurricane Katrina, while others span several pages and focus on one person (most notably Frederick Law Olmsted, architect of Central Park): “Olmsted and Vaux /loop tableland and meadow, hill, hollow, rock,/reservoir, lake and brook…” She reinterprets our bodies, emotions and actions (for better or for worse) as emotional thread being sewn in and out of our organic landscape. 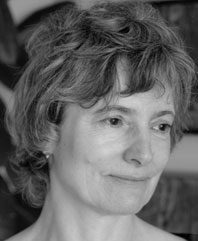 While much of the book discusses events outside of her time and place in American history, it is undeniable that the narrator of “Ghost in a Red Hat” is ultimately considering her own mortality and humanness, again and again acknowledging youth: “I remember/starving./I don’t know why./I practiced being a ghost./I was a girl, I thought./And this is how one becomes a woman.” Youth becomes mythical and personal, something both lost and gained in each step forward. While duplicity of childhood is intriguing, and it propels the reader into a place of curiosity regarding the narrator’s past, it seems ultimately unresolved. Warren writes in “Acela”:

Childhood’s vanquished in clattering speed as the train
hurls through the dim, damp, befogged, waterlogged,
locked-in, locked-down coastal suburban landscape of the past—

She leaves the reader mid-step, wondering not only about the narrator’s history, but their own youth and family ties. These ideas of global grief become local, immediate, and feel, oddly, as if they are small, strange “celebrations” of the specific history a person can create only after they have moved on. (Kelly Forsythe)