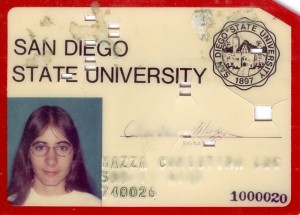 Of course, the term backfired and ever since Mazza has been fending off attacks from feminists who hold her responsible for the trivialization of literature written by women. But like those who consider her an adversary, Mazza, herself the author of sixteen books and director of the Program for Writers at the University of Illinois at Chicago, advocates for stories about women and men that tell a truth that has not yet been told about the world or explore that world in an underrepresented way.

Mazza says the publishing industry continues to be dominated by men, but she’s not sure why: Women are writing and certainly reading more than men, according to book sales. Mazza believes the conditioning likely starts very early. She explains, “Girls are likely to read stories about girl’s adventures and about boy’s adventures, but boys only read about boys.” Your niece might read about Nancy Drew and the Hardy Boys, but your nephew will only read about the Hardy Boys. Mazza says it isn’t that your nephew wouldn’t want to read about girl’s adventures, but that it is frowned upon by society, by his peer group, and even by his parents.

Rather than pushing back against these societal expectations, Mazza says the publishing world reinforces sexism. She says she heard and read about a panel discussion at a recent writer’s conference that was later reported on by Becky Tuch in the blog Beyond the Margins. At the conference, three female editors spoke on their experiences of discrimination in the workplace. After the panel, one of the editors went up to some of the male editors attending the conference to congratulate them on the success of their books. Mazza recounts that the men “responded by asking her how she felt about the words ‘panties’ and ‘pussy,’ and what advice she could offer about getting a young woman to take off her clothes.” 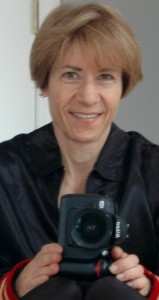 Mazza’s latest novel illuminates how women feel when they experience bigotry, part of her ongoing efforts to be not only another successful female author but also someone actively working against sexism. Her latest novel, “Various Men Who Knew Us as Girls,” aims to give a voice to one quiet woman and to tell the unspoken stories of women trapped in sex trafficking. The narrator of the novel, Hester Smith, was timid, safe and unsure as a girl. Now a shy woman volleying around professions in Southern California, Hester is forced to come to terms with her own sexuality as she struggles to understand and help a group of prostitutes in a sex trafficking ring near her office.

Mazza, who describes her writing process as organic, says this book, like her others, comes from a series of ideas she hoped to transform into one coherent whole. “I like to put ideas in a pot and let them simmer,” she says.

Mazza says she decided to include the prostitution ring in the novel when she discovered they existed and realized there had been almost no press about them. Though Mazza did not investigate the camps herself because of the risks, she did research, just as Hester does in the novel, in an effort to increase awareness on the issue. While Hester, like Mazza, becomes passionate in her efforts to help the women in the prostitution ring, the similarities end there. Unlike hesitant Hester, Mazza speaks fluidly, dancing from idea to idea, boldly stating opinions and beliefs. 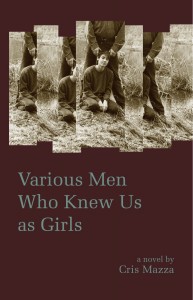 Rather than just giving voice to Mazza’s own ideas or moving the plot forward, Hester is the product of a formal experiment by Mazza to push the boundaries of the first-person narrative. Mazza believes that authors who use first person regularly do not take into account the fact that the narrator already knows the ending to the story. She says they are dishonest, discrediting the personal discoveries that can be made while telling a story and reexamining the actions of the past. Mazza has studiously avoided the first-person narrative for a decade in an effort to avoid these pitfalls. But in “Various Men Who Knew Us as Girls,” Mazza sets out to do it properly and embraces the first person, taking advantage of the opportunity to learn more of the narrator’s experience without falling prey to the dangers of first-person narratives.

In a recent interview on TheNervousBreakdown.com, Mazza wrote, “So, a few years ago, I decided to write a book in that wretchedly undercooked—I mean overused—first-person POV, but to do it literally and utterly self-consciously, with every messy piece of baggage first-person provides—yes, provides, allows, offers: Digression (as much as I wanted), self-consciousness (gobs), distance (let’s make it over 2 decades), character duality (who is this person I’m narrating?), self examination (yes, that dirty word exposition), and the story being as much about the writing of the story as what happens in the story.”

Mazza believes hearing the stories of those around us doesn’t just mean hearing what has happened to them, but also listening to how they’re feeling: “How a character feels about what has happened to her (and around her) can be what happens to her as well,” she writes. Ultimately, Mazza believes first-person narrative, done properly, is another way of giving a voice to women who are shut up or shouted over.

“Various Men Who Knew Us as Girls”
By Cris Mazza
Emergency Press, $16, 282 pages