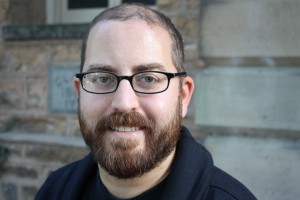 With his second short story collection, Jess Row, one of Granta’s “Best Young American Novelists,” turns his gaze to a world making sense of itself in the aftermath of 9/11. In seven psychologically nuanced stories spanning from rural Thailand to the South Bronx, Row tackles the intersection between violence and belief: where does extremism come from? What do abstract convictions look like when you make them concrete? I caught up with Row to talk identity politics, American politics and the art of teaching writing.

One way I would characterize “Nobody Ever Gets Lost” is definitely as a series of responses to 9/11, but responses that spread out and change over time, the way that shock waves travel outward. In that sense, you have some stories (like the title story) that are very raw, and about the immediate aftermath—that story takes place in September of 2002—and some, like the last story, “Lives of the Saints,” that are about the long-term effects of 9/11 in the cultural or political sphere, without any specific connection to the event itself. I wanted the book to embody that sense of traveling outward, so we begin with a story that (to me at least) could have taken place before 9/11, “The World in Flames,” and end with a story in which 9/11 itself is treated exclusively as a symbol, an abstraction.

There’s something gutsy about writing characters whose identities are so decidedly outside of your own direct experience. The Sikh father in “Amritsar,” for example, or the Korean Alzheimer’s patient in “The Call of Blood.” Besides the obvious—empathy! imagination!—how do you navigate the potentially charged differences between your own position and the various identities of your characters? Is the fear of “getting it wrong” ever paralyzing?

Yes. It is. But to me the alternative (to narrate from one’s own point of view exclusively) would be even more paralyzing. Like most of us these days, I live in a world inhabited by people of many different origins and ethnicities (including members of my own family). To write about a world made up of entirely white characters—maybe that would be possible if I lived in Maine or North Dakota or Montana (though not likely even there) but that’s just not my world. And in any case, subjectively, the experience of, say, a white person who raises wheat outside Bismarck would be harder for me to recreate than that of a Chinese-American person my age who went to an East Coast prep school and lives in New York City. If you’re going to be a fiction writer, you have to be, as Henry James put it, “someone on whom nothing is lost.” You have to try to develop extra powers of perception. And that can’t stop at the color line.

Most of the stories here pivot on an act of violence, sometimes literal, sometimes symbolic. In several stories, “personal” violence—tragedies unrelated to global systems—seems to be in dialogue with more institutionalized, “external” types of violence: war and terrorism, news reports, etc. In “Sheep May Safely Graze,” for example, the protagonist’s political rage seems entangled with his experience of his young daughter’s accidental death; in “Nobody Ever Gets Lost,” a grieving woman adopts a tragedy she’s found in the newspaper. How do you understand the relationship of “personal” violence to overtly political or institutionalized violence?

That’s really the core question of this collection, and I don’t have any simple answer, other than to say that we (meaning the general American “we”) tend to feel, for lack of a better word, imperialistically. If we find something to be outrageous, then by definition it is outrageous, and needs to be changed. We tend to think that our feelings ought to have the force of law. This makes us, obviously, ideal dupes for demagogues and political manipulators of all types. But it also means that we find it very difficult to understand exactly what our moral obligations are, on a small scale. “Sheep May Safely Graze” and “Nobody Ever Gets Lost” both center around people who feel moved to make something happen, to right some immediate, local wrong that isn’t theirs at all. They’re people who are afflicted with righteousness. You could say that both these stories are tiny metaphors for the enormous and catastrophic wrong-righting that the US has been engaged in over the last decade. 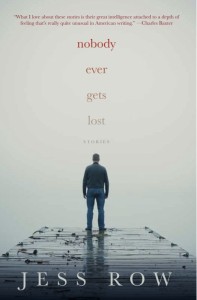 You started on the stories collected here in 2002. How do you feel your work has evolved since then? Do you feel particularly close to—or far away from—any of the stories here?

I feel pretty far away from “Amritsar,” because, of all the stories in the book, I think it’s ultimately the most traditional in form and in the narrator’s voice, and I’m not sure that I’ll ever write a story quite like that again. I would say that overall my work has probably become more experimental, or at least open to experiment and unconventional forms, and more suspicious of itself—I’ve become fond of the term “meta-realism,” which is not a term I would have had much use for in 2002.

You also teach fiction writing. Talking to the online culture magazine, The Rumpus, you said: “I think it’s really a liability in contemporary American fiction that many of us are taught to avoid political or intellectual matters in our work. It’s a real weakness in the way that fiction is taught in this country.” Why is that, do you think? How do you approach teaching your own students?

The short answer would be to say that there’s always been an antagonism in creative writing workshops toward anything that seems too “intellectual,” or “analytical,” let alone political, and that this is an unintended aftereffect of the Modernist ethos, as William Carlos Williams put it, of “no ideas but in things.” And there’s also, among at least one generation of creative-writing teachers, a widespread perception that literary criticism and theory is soul-killing, dangerous, meaningless and inimical to the “creative spirit.” The truth is that there is a lot of great contemporary American (and world) fiction that does engage political and intellectual matters, and more and more of it is making its way into the classroom, even if it makes some teachers—and students—uncomfortable. What I try to do in my classes is exactly what one of my college professors recommended: “treat every question as an appropriate question.” Which is to say that, in the workshop, we’re allowed to talk about philosophy, or queer theory, or Polynesian history, or the second law of thermodynamics, or “Gossip Girl,” or what have you. There’s no restriction on what may be relevant to a work of fiction. If we’re to really do justice to American fiction—to the work of Junot Díaz, William Gaddis, David Foster Wallace, Kathy Acker, Thomas Pynchon, Shelley Jackson, Grace Paley, Norman Rush, John Edgar Wideman, Ishmael Reed, David Treuer, Maxine Hong Kingston—how could it be otherwise?