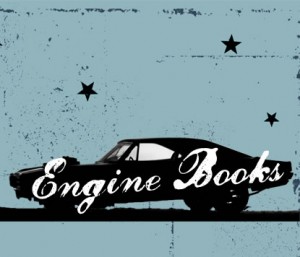 We’ve seen it before: the ambitious home-based book publisher opens its doors. A few titles are produced, then slowly it slips into mediocrity, overshadowed by the titanic publishers who rule the genre. The ambition is short-lived.

Engine Books, a new press fresh off the streets of Indianapolis, seems destined for a different fate. It’s spearheaded by editor Victoria Barrett, and seeks to publish books going against the grain of New York publishing’s “safe” literature. “Safe,” according to Barrett, being literature “that you know, regardless of whether it moves you or illuminates much in human life, will be easy to sell.” It’s devoted to publishing novels, short-story collections, collected novellas and related volumes.

Engine Books will publish half its titles each year by women authors, but Barrett is “neither selecting nor editing work in an attempt to fit it into a known, existing market,” she asserts. “Instead,” she says, “I am selecting work I love and writers I want to work with, and taking on the challenge—which for some books will be easier than others—of finding ways to get it to readers who will love it as much as I do.”

And how does Engine Books sit antithetically to the New York model of literary publishing? Though Barrett believes “recognized names in literary publishing have all been taken over by enormous conglomerates,” Engine Books will cater to single authors and single readers. “I work to see the fiction I publish for what it is,” she says, “and what its author wishes it to be, rather than reshaping it into something I think I can sell. As a one-woman operation, Engine Books requires me to wear the hats of both editor and publisher. In fact, ‘requires’ is disingenuous; this is the only way I want to do this work.”

“Books are at the core of my personhood,” says Barrett. “They have been more important to me than anything non-human and most humans.” (Micah McCrary)