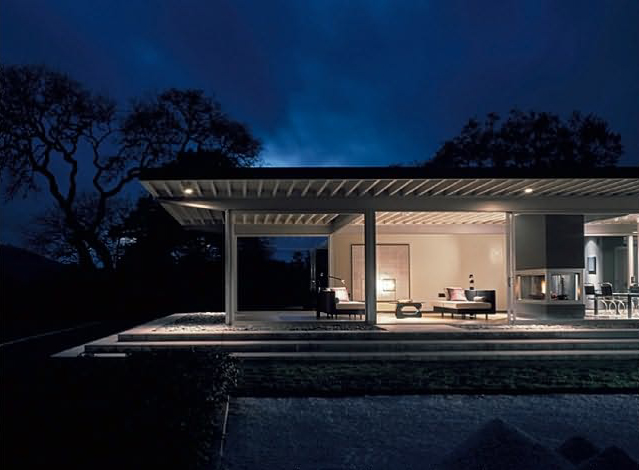 The photographer Julius Shulman probably had as much to do with the perpetuation of the LA style of home design as did any of the architects he deified with his images. After Shulman retired in protest of postmodernism in the eighties, German architectural photographer Jürgen Nogai coaxed him back into a collaboration and they worked right to the very end—Shulman died in 2009 at the age of ninety-eight. Along the way his visual evangelism of Southern California mid-century modernism created the closest thing America has come to an imagined utopia and his clients and subjects are legend: Richard Neutra, Charles and Ray Eames, Pierre Koenig, Frank Lloyd Wright, Eero Saarinen, others. Though he lived long enough to see the LA dystopia that followed, he never succumbed; his images to the very end evoke a powerful sense of yearning for the contemporary perfection they depict. (Brian Hieggelke) 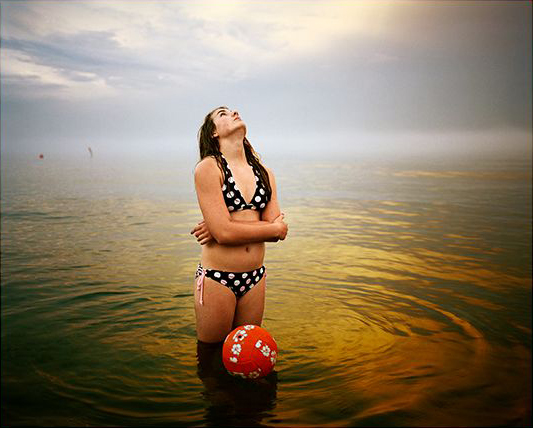 Even before Evanston photographer Melissa Ann Pinney became something of a specialist in the art of photographing young girls, including her daughter Emma (now 15), her camera eye exhibited a special knack for the contour of the child. Motherhood narrowed her documentary focus to a close-to-home subject matter, but in doing so helped her discover the universal truths hiding in her back yard. “Girl Ascending” continues her study of the young female, age 9 to 16. This is the child at the peak of her cognition yet still unburdened with the fruits of Eve’s apple. From our more experienced perspective, we see her as the embodiment of innocence’s last stand, a most-likely-lost cause, yet one we never get tired of fighting for. (Brian Hieggelke)