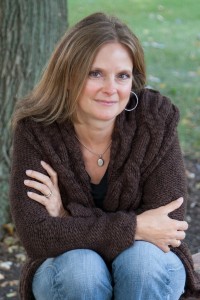 Chicago journalist Brenda Wilhelmson is a onetime high-functioning alcoholic who seemed to have it all as a  wife and mother with a hip social life in a wealthy suburb and now author of a deceptively straightforward diary documenting her first years getting sober. What distinguishes “Diary of an Alcoholic Housewife” from the rest of the genre is Wilhelmson’s clear-eyed, non-maudlin prose, which is strongly reminiscent of that other journalist-turned-memoirist Joan Didion. Except that Wilhelmson is far warmer and more open than the cool customer of Didion—she conducts our interview while walking on her horse. “I’ve always wanted one,” she recounts breathlessly, in between ruminating about the culture of alcohol and the difficulty of writing hard truths. A writer this open and honest with zero tendency to solipsism is rare indeed.

Wilhelmson’s “Diary” recounts stories often very funny, sometimes heart-wrenching, and always seemingly unflinchingly honest; it’s clear that getting this book in its current form was hard to do—Wilhelmson kept her diaries in a drawer for years before typing them up. But the account, which includes the death of the author’s alcoholic father and the complexity of navigating social relationships and friendships without drinking, is most striking for its undercurrent of social commentary rather than the navel-gazing self-actualization that marks most books on the topic. That Wilhelmson got sober is certainly inspiring—she still can’t believe how many people have come up to her teary-eyed announcing that they “are her”—in her carefully observed vignettes about her life in a north Chicago suburb, she’s also managed a quiet but profound social commentary about the culture of alcohol that excuses its abuse under the guise of class and fun.

“My drinking was a huge part of the party diva that I wanted to cultivate,” Wilhelmson explains. “I wanted to have it all. I got sober when I was 38, but as a young person in my twenties I had this image of the journalist as a hard drinker, who could sit around and have interesting conversations and get plastered as part of the lifestyle, and I wanted that… I wanted to be a rockin’ party chick who could keep up with the big boys—and then show up to work the next day and write a kick-ass article.” The theme of “Diary” is how hard it can be to face alcoholism when this view is so widely accepted. In the current cultural zeitgeist, being a highly functional alcoholic is somehow cool in particular circles. (I can vouch that in arts journalism as well as academia, being a charming lush can be a badge of honor.)

Wilhelmson eventually succeeds in battling both the disease and the social forces that enabled it—which involved alienating a number of friends and acquaintances. And throughout the carefully observed, almost clinical writing (“I thought of myself as a science experiment,” Wilhelmson notes, laughing), the author doesn’t come out smelling like roses. “One of the people who read the book early on said ‘I don’t like you.’ That made me uncomfortable, because authors have to try to get people to like their main character… if they don’t like the character, they don’t like the book.” But while it’s impossible to read the book and not root for Brenda, it’s refreshing to see someone willing to take on her own character defects as well as the entire system supporting them.

Brenda Wilhelmson reads at Barbara’s Bookstore May 19 at 7pm and at The Book Cellar July 15 at 7pm.

“Diary of an Alcoholic Housewife”
By Brenda Wilhelmson
Hazelden, 398 pages, $15