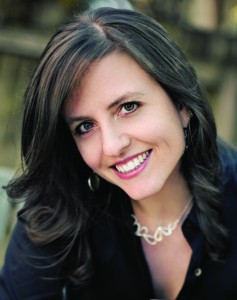 Rebecca Skloot was 16 years old and sitting in biology class when she first learned about HeLa cells, the so-called “immortal cells” that multiply at an extraordinary rate and have allowed scientists to make thousands of discoveries. At the time, Skloot’s father was suffering from a brain virus, and had enrolled in experimental studies hoping to receive treatment. She didn’t ask her science teacher why the cells were immortal (scientists still aren’t totally sure) or what discoveries had been made, but instead she wondered where the cells came from, who the descendants of that person were, and what it would be like to have a family member’s cells proliferate on after their death.

Born in Springfield, Illinois but raised in Portland, Oregon (she lives in Chicago now), Skloot started off in the sciences, getting on the pre-veterinary track in college, but a transformative creative writing class swerved her in another direction. Concurrently applying to veterinary schools and creative writing programs, she settled on an MFA in creative nonfiction from the University of Pittsburgh. Rather than giving up science, Skloot became a science writer and wrote for publications including Popular Science and the New York Times Magazine. For Skloot, who loved both science and writing, it was a natural progression. Both science and writing, she says, are about creative thinking and ideas.

“It’s about following hunches and ideas and seeing where they lead you,” she says. Skloot’s hunch—that the story behind the HeLa cells was worth knowing—led her on a ten-year hunt to discover the story of a black woman from Virginia who died from cancer in the early fifties whose cells, without her knowledge, would be used by researchers across the world. Skloot’s determination led her, eventually, to Henrietta Lacks’ descendants, who, rather than being compensated for Henrietta Lacks’ contribution to science, had received little information and plenty of misinformation. Skloot made it her project to learn their story, and in the process to help them learn the science behind their story. 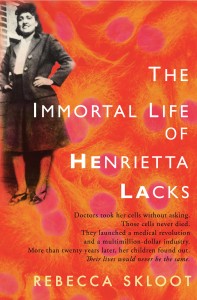 Skloot’s ability to wind between science and people, telling their stories as she goes, is extraordinary. “The Immortal Life of Henrietta Lacks” stayed on the New York Times Bestseller list for thirty-two weeks when it was released last year, in part because of its appeal to both laymen and scientists. Skloot doesn’t dumb down her writing, but also keeps it engaging for readers—like some members of the Lacks family—who may not know exactly what a cell is going into the book. Skloot says it was essential to her that the book have wide appeal. “So much of the book is actually about the importance of everyone being able to understand science and have it be accessible to them, and the damage that can be done when that’s not the case,” she says. In order to ensure that she wouldn’t lose any of her readers, Skloot sent drafts of her book to both “non-science” friends and scientist ones, asking them to tell her where they got bored, or felt there were inaccuracies. She says the effort to access readers was worth it. During her book tours, she said, people will come up to her and say, “I have never understood science, I hate science, and I got to the end of this book and I feel like I understand DNA.”

Her job, she says, is to get information to people so they can engage with it. Science is part of everyday life and politics, she says: It’s relevant to us, now, what’s happening to our tissue samples (you still don’t have to give consent for hospitals to keep samples for research). “My take with all of this was to take all this information and put it out there and say, ‘This is where we are now, this is where we were in the past: discuss’.”