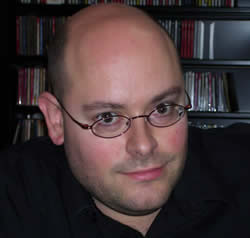 31
Matti Bunzl
Artistic Director, Chicago Humanities Festival
They may be the most unsung of the disciplines, but thanks in large part to Matti Bunzl, the humanities are getting their Midwestern due. As the Artistic Director of the Chicago Humanities Festival, he’s the visionary behind the framework of the festival. The UIUC anthropology prof is a relatively new edition to the CHF team—he’s only been on board since January of 2010—so it remains to be seen exactly what mark he’ll make on the series, which nowadays presents a year-round calendar of high-profile performances, talks and readings.

32
Sharon Woodhouse
Publisher, Lake Claremont Press/Everything Goes Media
Sharon Woodhouse’s idea for a Chicago native’s budget-conscious guide to the city began in 1993 as an attempt to finance a return to graduate school. A year later it was morphing into the Lake Claremont Press, the Chicago-centric independent publishing firm she is still running today. While focusing on publicity for the company’s two newest books, “Oldest Chicago” and “The Beat Cop’s Guide to Chicago Eats,” Woodhouse is also in the process of folding Lake Claremont Press into her new company, Everything Goes Media, in an attempt to spread beyond the city limits to do consulting for smaller publishers and branch out into other multimedia ventures. 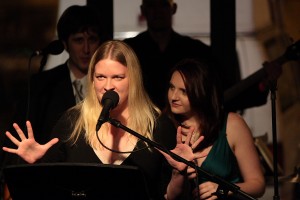 33
Amanda Delheimer and Megan Stielstra
Artistic Director and Literary Director, 2nd Story
Birthed in 2003 during an upstairs performance by the Serendipity Theatre Collective at Webster’s Wine Bar in Lincoln Park, 2nd Story has since earned a reputation in Chicago for, quite literally, bringing personal stories to life. Finding themselves frustrated and bored at literary readings, Amanda Delheimer and Megan Stielstra of 2nd Story have for nearly a decade worked with writers and performers alike to craft autobiographical narratives they perform on stage—turning writers into performers and performers into writers. In what has proven to be a brilliant experiment in developing a literature-theater hybrid, they continue to push the already wide boundaries of creative nonfiction. Once an annual festival, 2nd Story has expanded to performing three to six times a month, and now has a stable of more than a hundred active performers. 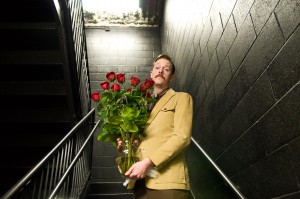 34
Zach Dodson and Jonathan Messinger
Co-Founders, Featherproof Books
It’s not every indie press that can boast an ever-growing audience, but then Featherproof Books is no ordinary venture. Under the direction of co-founders Zach Dodson (an author in his own right) and Jonathan Messinger (the books editor of Time Out Chicago), the quirky publishing house has developed a reputation for releasing offbeat titles in gorgeous packages. This fall, Patrick Somerville’s “The Universe in Miniature in Miniature” garnered rave reviews, and Chicago music vet Tim Kinsella’s debut novel, “The Karaoke Singer’s Guide to Self-Defense” is slated to hit the shelves in the fall. And while the (hard-copy) hits keep coming, you can’t say these guys are afraid of the digital age—on the contrary, the pair are turning internet publishing into an aesthetic experience. Most recently, the duo is reshaping the possibilities of literature online with “Storigami,” a series of downloadable books that come with DIY assembly instructions designed, says Dodson, “so the story can unfold”—literally. 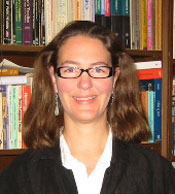 35
Jane Bunker
Director, Northwestern University Press
Though she’s only recently taken up the reigns, Bunker’s got big plans: as the newly instated director of the press—she’s been at her post just under a year—she’s aiming to “lead things into the twenty-first century.” Phase one of her digital initiative? Subject-based collections of scholarly books intended for research libraries. “Phases two and three will be rolled out shortly,” she says, slyly. “Stay tuned.” Meanwhile, though, Bunker isn’t taking NUP’s notable strengths for granted. The goal, as she frames it, is to “refocus the [book] list, getting back into alignment with what we’ve always done really well” while simultaneously building up new strengths. That means capitalizing on the press’ already-established niches while increasing their presence in local interest topics and poetry. So far, so good—Bunker considers their just-released “Millennium Park Chicago” coffee-table tome to be among the “hottest regional books yet.” 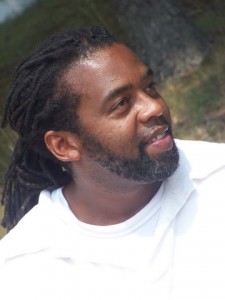 37
Eric Kirsammer
Owner, Chicago Comics & Quimby’s
Despite Julie Taymor’s worst efforts, comics’ cultural stock continues to rise. That’s nowhere more true than in Chicago, and for many, the source for comic books is Eric Kirsammer’s Chicago Comics. For twenty years, Kirsammer’s award-winning store has weathered the ups and downs of the comic book market even as other North Side retailers like Halley’s Comix and Moondog’s have closed their doors. An early champion of Dave Eggers and Chris Ware, Kirsammer is also the owner of Quimby’s, the largest carrier of zines in the country and a mecca for readers of self-published and small press publications. 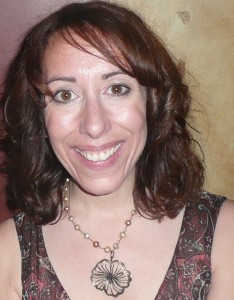 38
Gina Frangello
Executive editor and co-founder, Other Voices Books
Frangello’s second book, “Slut Lullabies,” was published last year, but the book is just the cherry on top, so to speak, of Frangello’s massive smorgasbord of writing, editing and teaching. Frangello, who lives in Chicago with her husband, son and twin daughters, is the executive editor and co-founder of the publishing house Other Voices Books, editor of the fiction section for the online literary site The Nervous Breakdown, and a teacher at Columbia College and Northwestern. Frangello, was a therapist for three years before turning to writing, and in her charged, edgy writing she dissects the psychology behind the sex lives and sexuality of her characters. 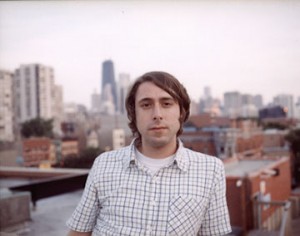 39
J.C. Gabel
Founding Editor and Publisher, Stop Smiling
J.C. Gabel started Stop Smiling as a low-fi zine and built it into one of the nation’s most acclaimed small (in circulation) magazines, a throwback to the glory era of New Journalism, with long articles untied to current cultural product marketing and lush, classic graphics. But in 2009, facing the increasingly unappealing economics of print periodical publishing, he shut down the magazine and transformed it into Stop Smiling Books, an imprint in partnership with Melville House in Brooklyn. After issuing the handsome and well-received “How to Wreck a Nice Beach: The Vocoder from World War II to Hip-Hop” by Dave Tompkins and “Listen to the Echoes: The Ray Bradbury Interviews” by Sam Weller in 2010, SSB has, in the works, “A Stanley Kubrick Compendium,” the mystery of the Mountain of the Dead incident and a book version of the video essay “Los Angeles Plays Itself.” The Stop Smiling Storefront is the go-to venue for cool literary events, and Gabel’s at work on reviving the long-dormant Chicagoan magazine. 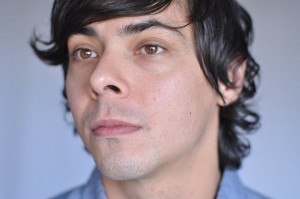 40
Fred Sasaki
Founding Organizer, Printers Ball and “Conspirator,” Dil Pickle Club and Homeroom
By day, Fred Sasaki comports respectably as the associate editor of Poetry magazine, where he figures to be quite involved in programming at the new building. That’s a smart move by the Foundation, since Sasaki’s shown a particular gift for creating slightly askew but immensely popular events, most notably the hugely successful Printers Ball, which he created under the Poetry umbrella. Of late, he’s spread his after-hours wings a bit, serving as editor-at-large for the in-the-works revival of the Chicagoan, as well as programming the “101 Lecture Show” with Seth Vanek at Homeroom and “causing mischief” with his cohorts at the newly reformed Dil Pickle Club.