1
The Tin Drum
By Günter Grass
(Mariner Books, $15.95)
Kurt Cobain, with characteristic self-loathing, once described “Smells Like Teen Spirit” as basically a Pixies ripoff. If there’s a book to which I would happily acknowledge a personal debt with such groveling humility, it would be this one. “The Tin Drum” is among the strangest and bravest books ever written.

2
The Adventures of Augie March
By Saul Bellow
(Penguin Classics, $17)
“Henderson the Rain King” is a better book, and I thought of listing it instead, but I chose Augie March because it was the first Bellow book I read, and the one I set out to study, in the way an apprentice chef might try to reverse-engineer a mystery sauce by taking sips and altering ingredients accordingly, trying to discover how the master made it. I lent my copy to a friend recently, who told me I’d apparently circled a certain paragraph and wrote in the margin, “LEARN HOW TO WRITE LIKE THIS.”

3
Don Quixote
By Miguel de Cervantes
(Simon & Brown, $19.99)
Arguably the first novel, it’s also sometimes called “a postmodern novel before the novel.” But it makes perfect sense that the earliest pioneers of the form would be the first to discover its trippiest possibilities. To me, the Man of la Mancha represents the spirit of the novel: comedy in the front, tragedy in the back. It is a story that begins, but never ends. 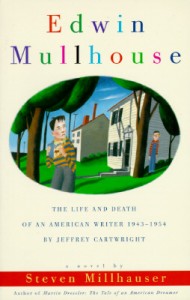 4
Edwin Mullhouse: The Life and Death of an American Writer, 1943-1954, by Jeffrey Cartwright
By Steven Millhauser
(Vintage, $13)
A book that cannot be categorized: Jeffrey Cartwright, the Boswell-like narrator of this mundanely surreal novel, composes the biography of his purported genius best friend, Edwin Mullhouse, who, we are told from the first page, died suddenly and violently at the age of eleven. It’s a meticulously observed and remembered and often genuinely tender paean to childhood, a meditation on authorship, literature, influence and friendship, and, ultimately, a very dark and deeply unsettling book.

5
My Life in the Bush of Ghosts
By Amos Tutuola
(Grove Press, $17)
The characters in most novels only travel in two planes, time and space—alternately horrifying and hilarious, the plot of this deeply bizarre novel travels easily through time, space, life, death, reality and dream. 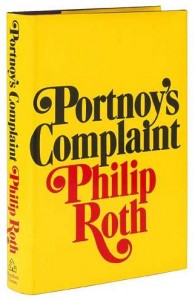 7
2666
By Roberto Bolaño
(Picador, $18)
A couple of years ago I came down with a bad fever. It was in January, because I remember I got this book as a Christmas present, and I was alone in the drafty attic of an empty house between semesters in grad school. Snow piled against the windows outside and muffled the building, and I cranked the space heaters, sipped spiked tea and tried to sweat out the sickness for five days, teetering on the edge of hallucination, with this hyper-violent, frenzied, utterly insane book as my companion. I spent most of my conscious waking hours reading it, and it infected and haunted my dreams. It’s a kaleidoscopic, gorgeous nightmare that I lived in for almost a week, and then emerged from it as my fever burned off, and came outside, blinking, as if returning from a journey to the underworld. 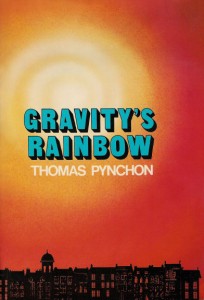 8
Gravity’s Rainbow
By Thomas Pynchon
(Penguin Classics, $20)
I fell down the Pynchonian rabbit hole in college, and I’m not going back into it anytime soon, but it definitely helped twist my soul into its current shape. It’s a mixture of towering ambition and MAD magazine irreverence. I have a personal dream, which will almost certainly never be realized, of making an animated film adaptation of it. Only a cartoon could do it justice.

9
Bad Behavior
By Mary Gaitskill
(Simon & Schuster, $14)
One of my favorite story collections. I fell in love with Gaitskill’s writing at first because of her icy, venomous, proud refusal to ever veer even slightly toward romanticism; these stories are nakedly genuine. An interesting gem I discovered in them later was the way she describes emotions with snatches of surreal imagery. 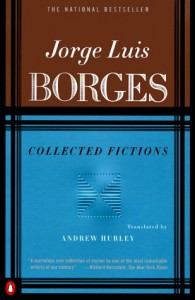 10
Collected Fictions
By Jorge Luis Borges
(Penguin, $21)
When I discovered Borges when I was sixteen, it was as if I’d eaten from the tree of knowledge of good and evil; in “Paradise Lost,” Satan describes the feeling like this: “…ere long I might perceive / strange alteration in me, to degree of reason in my inward powers … Thenceforth to speculations high or deep / I turned my thoughts, and with capacious mind / considered all things visible in Heaven / or Earth, or Middle, all things fair and good.”

11
The Sot-Weed Factor
By John Barth
(Anchor Literary Library, $21)
Some books are like model ships built in bottles: small, delicate, quietly awe-striking. “The Sot-Weed Factor” is not such a book. John Barth’s magnum opus is more like a ringing, rattling, squelching, farting drunken circus of a book that stumbles around on the docks, swinging an empty bottle and singing sea shanties at the moon in a warbling, slightly out-of-tune, beautiful voice.

It’s not every first-time novelist who can pull off an interspecies romance—oh, and did we mention it’s well over 500 pages and narrated by a particularly gifted chimpanzee?—but with “The Evolution of Bruno Littlemore,” Benjamin Hale has written what the New York Times called “an absolute pleasure.” In preparation for his upcoming Printers Row Lit Fest debut, we asked the recent Iowa Writers’ Workshop grad to share his top ten tomes of all time. He sent eleven.