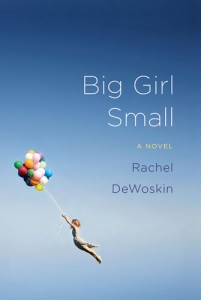 “Big Girl Small” could easily have been a fairly average tale of a typical American teenager making her way in the dangerous world of high school. Judy Lohden is the daughter of loving parents, bright, witty, attractive and confident. Most of her story might have been slightly boring if it weren’t for the fact she’s a little person, just shy of four feet tall.

Judy attends a prestigious arts high school, on a scholarship earned by her insightful paper on the so-called “Hottentot Venus.” Sometimes Chicago-based Rachel DeWoskin smartly bookends her third novel with the sad tale of Sarah Baartman, the South African woman and slave who became a sideshow attraction in Europe, allowing the reader to draw their own conclusions about the similarities in the ways each woman is perceived and treated.

“Big Girl Small” is a lot about looking. People stare at Judy Lohden’s small body as if she’s in a sideshow herself. Friends and family protect her with careful tactics—they point out the absurdity and rudeness of staring without belittling Judy or calling out any onlookers specifically. Judy’s parents border on the absurd for their thoughtful and fierce protectiveness of their teenage child. An unreal Midwestern gentility surrounds this unique child and her community, where Judy is beloved by her instructors, popular at school and singled out for her beautiful singing skills. 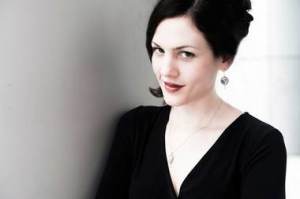 The book invites an inevitable comparison to Armistead Maupin’s lovely 1992 novel, “Maybe the Moon,” about another little person with theatrical ambitions and a crush on a seemingly unattainable person.  While DeWoskin’s book doesn’t seem to be marketed as a YA story, it’s certainly suitable for young readers. The material brings to mind the concept of the male gaze and the subject of “the other,” but despite the heady theory behind the story it remains easily readable.

When Judy becomes embroiled in the biggest scandal her school has ever seen, her initial reaction is to run away. In fact, most of the story is told from her refuge: a rundown motel on the outskirts of town. Away from the protective cocoon of her supportive friends and family, Judy must develop the means to deal with this scandal herself. DeWoskin raises some questions about the repercussions of sexual exploitation and punishment. In the age of “sexting” and “Weinergate” it could hardly be more topical.Whether the resolution is satisfactory or acceptable may prove to be a point of contention.  (Kelly Roark)