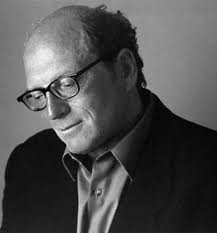 It’s been twenty-one years since Oscar Hijuelos became the first Latino recipient of the Pulitzer Prize for fiction, and if his new memoir, “Thoughts Without Cigarettes,” is any indication, he still has issues with owning that distinction. Hijuelos’ story begins in Manhattan, in Morningside Heights, where his parents settled after leaving a pre-Castro Cuba, and where young Oscarito and his brother cut their teeth in a neighborhood that sounds a lot like Humboldt Park, rife with whities, Latinos and the occasional junkie thug. When he contracts nephritis, a kidney disease, as a young boy on his first visit to Cuba, Hijuelos’ childhood takes a turn that ultimately throws his whole identity into a spiral; he loses the ability to speak Spanish. His brain creates a link between his long, isolated hospital stay and the simple fact that he caught the illness in Cuba, and though he retains the ability to comprehend Spanish, he never speaks it with the aplomb of his family, or neighbors, or even his schoolmates in Spanish class. This, combined with his blond hair and fair complexion (owing to his Castilian heritage), makes for an identity struggle that dominates the pages of Hijuelos’ memoir.

His father has a typical restaurant job that supports the family, but he spends his nights roving, drinking, smoking, fucking, all to the consternation of his wife, naturally, and to say that Oscar Hijuelos has daddy issues is like a chain-smoker going through a pack, because almost everything he’s written or strove to be is wrapped up in the myth of his father and the impact it had on the family. Hijuelos never felt himself to be the strapping, macho stereotype his father embodied, and he alternately rebels against and covets that persona, culminating in a sad passage where Hijuelos, eighteen and about to travel on his own for the first time, shrugs off his father’s sentimental embrace, “feeling slightly put-upon seeing him smiling.” Of course, it is the last time they see one another; his father dies only a few days later. 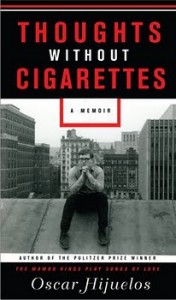 Hijuelos’ feelings about all of this—the lost Spanish, the lost father, his mother’s increasing neuroses—inform the rest of his life, and he wanders, first vaguely around, then at City College, then at a stint in advertising on Madison Avenue, and finally, in his writing. This memoir is an excellent tutorial on becoming a writer. It chronicles the luck of it all, the impatience, the lack of confidence, and importantly, the significance of reading others. There is a stint in Rome, and Hijuelos props it up by telling us, “I will frame this little part of the book as a love story of a sort,” and does he ever. He writes about Rome like Fellini films it, and it’s lovely. His narrative style has the measured New York pace of Philip Roth, but the characters, his friends, come across as vividly as Junot Diaz, and there is as much superstition about dead fathers as “Hamlet” and “One Hundred Years Of Solitude.” Hijuelos also drops a lot of names, but he always apologizes for it—he can’t help it that Donald Barthelme and Susan Sontag were his mentors—and the reader comes away with a sense of sincerity and humility, even if the writer does overuse the word “dapper.”

Through all the ghosts, sometimes literal, often nostalgic, “Thoughts Without Cigarettes” stays human and tangible. Hijuelos comes across as skeptical of his awards, makes it seem like a right-place-right-time sort of thing, but even that idea is right at home, and a welcome relief to the plague of neophyte memoirs inundating the shelves of late. This is a serious and tender book, and that goes a long way. (Jessica Meyer)