“Kings Row” was a popular 1942 film based on the best-selling novel by Henry Bellamann. It featured a young Ronald Reagan, portraying the sunny rake Drake McHugh, best friend of precocious Parris Mitchell, the thinly veiled alter ego of the author puzzling his way toward maturity in an 1890s mid-American small town.

Drake had set his cap for the daughter of the town’s Dr. Henry Gordon, who does not approve. After a railroad accident, Drake falls into the hands of the sadistic doctor, who unnecessarily amputates Drake’s legs. Awakening from his anesthetic, Drakes rips the covers off the stumps and screams, “Where’s the rest of me?”

The role helped make Reagan a star. He even used the memorable line as the title of a memoir.

While the movie softened the much bolder book for the censors, it remains a pioneering exploration of mental illness, early psychoanalysis, gender relations and small-town secrets and hypocrisies. In the film, the relationship between Parris Mitchell’s enigmatic mentor, Dr. Alexander Tower, and his reclusive daughter, Cassandra, is disturbing but mysterious; in the book, it is incestuous.

“Kings Row” spurred an ongoing controversy in Bellamann’s hometown, Fulton, in central Missouri, about how much of the story was fact and how much fiction, and about whether Bellamann bore some grudge for his birthplace.

While the book insists on its own fiction, Kings Row clearly stands in for Fulton, the seat of Callaway County, known as the “Kingdom of Callaway” ever since the Civil War, when a standoff between local Rebel volunteers and would-be invading Union militia resulted in a non-invasion agreement by the latter. 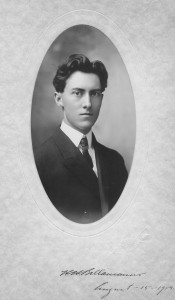 Bellamann grew up in Fulton and spent a year at local Westminster College before pursuing further education and a distinguished career in music education and administration, as well as literature; he was a pioneer at both Juilliard and the Curtis Institute. He was the author of several novels and poetry collections when, at the age of 58, “Kings Row” hit the bestseller lists.

Locals immediately saw real-life models for his fictional characters and speculated on Bellamann’s personal motives. The supposed inspiration for Doctor Gordon, the much-respected Dr. Noah Frank Baker, had done himself the favor of avoiding indignity by dying in 1909.

A now-retired professor of English at Westminster College, Jay Miles Karr, republished the out-of-print novel in 1981 under the private Kingdom House imprint. He included a valuable introduction deconstructing the origins of the novel and reviewing the controversy in the light of years of study, including interviewing Bellamann’s aged contemporaries and sifting through his papers archived in Mississippi. Among them, Karr found notes for what Bellamann called his “Fulton novel.”

Thanks to Karr’s work, one can visit today’s Fulton and—guided by his map in the book—find the real-life locations of many of the novel’s sites. In place of Aberdeen College, you will find Westminster; the “Asylum” is the Fulton State Hospital, founded more than 150 years ago.

Karr’s research also shows how one artist bent but did not duplicate reality. Karr discloses the boy Bellamann was a black sheep, not accepted by some Fulton polite society. One nonagenarian told Karr that not-quite-teenage Bellamann had a crush on one of Doctor Baker’s daughters but was pointedly not invited to her birthday party. 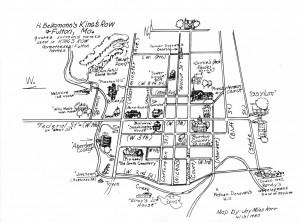 In “Kings Row,” little Cassandra’s birthday party is virtually deserted because the Gordons hold a competing event for their daughter. Devastated, Cassandra is withdrawn from school, with tragic consequences.

As a boy, the author suffered a “psychic wound” from his treatment. “We know why he hated the part of Fulton that gossiped, and the part that launched barbed barriers of exclusion from the top against those with dubious names,” Karr writes.

There remain rumors Bellamann was illegitimate. It is known he suffered prejudice because of his Teutonic ancestry. (Though Karr does not mention it, much local bias against Germans was rooted in an antipathy to “Dutch” immigrants who supported Lincoln and fought for the Union. This and other specifically “Southern” aspects of local culture are not emphasized in the novel, perhaps because Bellamann chose to generalize here while particularizing other aspects of small-town life. It’s interesting that the real Doctor Baker was a former Confederate soldier.)

Against Doctor Baker’s memory, Bellamann achieved disproportionate vengeance in his characterization of the sadistic Doctor Gordon. And if you wish to stand in front of the “good” doctor’s house you will find it at the northwest corner of West 7th and Jefferson Streets. Decades ago, you traveled west to the model for the house where little Willy Mcintosh agonized while Doctor Gordon treated Willy’s father without anesthetics; now that restored antebellum Robnett-Payne House is at the corner of East 5th and North Bluff Streets.

Karr told this writer the novel “holds up as a quality read today. Its value is to place a part of the history of central Missouri into palatable form for the modern reader.” 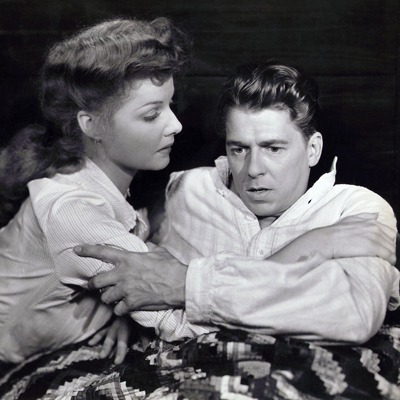 "Where's the rest of me?" Ronald Reagan with Ann Sheridan

Bellamann died in 1945. The following year, Fulton had a high-profile visitor. At the invitation of President Harry Truman, a Missouri native, wartime British Prime Minister Sir Winston Churchill delivered an address warning of an “iron curtain” descending upon Europe; symbolically, the event marked the beginning of the Cold War.

In subsequent years, other world leaders followed in his footsteps to speak in Fulton. In 1969, Westminster College dedicated the Church of St. Mary, Aldermanbury, a London structure torn by World War II bombing, disassembled, transported to America and restored stone by stone. Now the college’s chapel, its lower level houses the World War II and Cold War exhibits of the National Churchill Museum.

In 1990, then ex-U.S. President Ronald Reagan traveled to Fulton to dedicate a sculpture at Westminster crafted by Churchill’s granddaughter, Edwina Sandys. During his address he stood before a portion of the very Berlin Wall where he had once exhorted Mikhail Gorbachev to “tear down this wall!”

Small-town Fulton had again made big news, but locals who were old enough fondly remembered that Reagan had already visited Fulton when he was still “just” an actor, fully aware of the tie between “Kings Row” and Fulton. In 1952, he delivered the commencement speech at William Woods College (now University). The old “Drake McHugh” shone through. “His friendly manner reflected his screen personality which is known to all who have attended his screen performances,” the local paper reported.

He also hung around for a good “Kingdom” breakfast of country ham, hot biscuits, eggs and red-eye gravy. But, “on that cloudless day years ago,” the Kingdom Daily News recalled in 1981, “Reagan was just a good-looking movie star, with a prairie sunrise smile, who gave a good speech and signed all the [college] girls’ yearbooks.”

Today, the home where Bellamann grew up is gone, but you can still follow in his footsteps, and those of a former actor and President. And while the movie was produced on a back lot, you will discover its setting resonates with Fulton’s rich stock of Victorian architecture. And if you stop at the Chamber of Commerce, you can view duds Reagan wore for the movie.

Fulton has two Victorian-era bed and breakfasts, Romancing the Past and the Loganberry Inn, the latter on West Seventh Street, the novel’s “Silk Stocking Row.” For travel and accommodations, consult visitfulton.com or call (573)642-3055.

Excellent article and superb writer. Fulton will definitely be on our “must” places to visit.