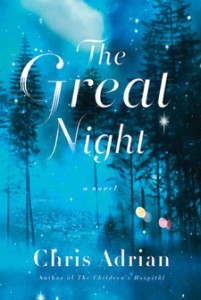 Contrary to what other reviews will lead you to believe, “The Great Night” is not a modernized re-telling of Shakespeare’s “A Midsummer Night’s Dream.” Sure, the novel steals parts of Shakespeare’s work: Titania, Oberon, and Puck are all lifted straight from the play, as well as an abundance of faeries and other such magical creatures, and some plot lines. However, that is where the similarities end. I will avoid a lot of fruitless analysis comparing the two works that other reviewers have attempted, because Chris Adrian makes it clear from the very first page that “The Great Night” is not a story you’ve already read. A blend of the real and imagined, it’s something else entirely—and while I’m not sure if that “something” is exactly successful, it’s certainly ambitious, and I have to give Adrian credit for that.

Three heartbroken people wander into San Francisco’s Buena Vista Park on their way to a party on the night of the summer solstice. Molly is a young woman still mourning the suicide of her boyfriend, Ryan. Will is tortured by his relatively recent breakup with ex-girlfriend Caroline, which was entirely his fault. Henry, too, is tortured by a recent breakup, but has his OCD partly to blame. The three enter the park without any knowledge of what is going on around them. Little do they know that Titania, in the wake of Oberon’s disappearance after the death of their Boy, and in a desperate attempt to get Oberon to return to her, has unleashed their most loyal servant, a terrible and bloodthirsty beast: Puck. (Remember the part in “A Midsummer Night’s Dream” when Puck set out to destroy the world? Exactly. Neither do I.) This is where Adrian strays from Shakespeare and begins to invent his own chaotic tale, where the lines between the magical and real worlds blur, and it is up to the reader to chart a path between the two. 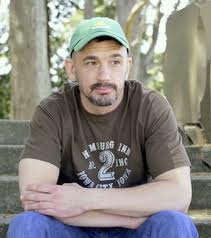 Through flashbacks, Adrian lets us watch the former relationships of our three lovesick characters run their course, from their very first meeting to the last parting. Mixed in with the story of Oberon and Titania’s loss of their Boy, and the present crisis with Puck on the loose, it’s easy to get lost, and some casual readers will not tolerate the frequent leaps in time and scene. But sticking it out reaps its rewards. This is one magical story you don’t want to miss. (Naomi Huffman)