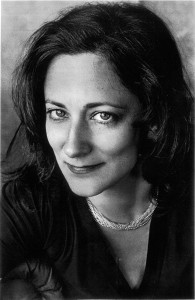 Put the past topics of Rachel Shteir’s oeuvre together and you get a strange, burlesque image: Fashion, theater, stripteases and now—with “The Steal”—shoplifting. Touting itself as the first cultural history of the misunderstood crime, the work includes a panoply of perspectives from psychoanalysts to shoplifter confessions that are nonetheless unable to pin down a precise cause for the act. Yet it is precisely because of its enigmatic nature that shoplifting continues to evade popular understanding, producing gargantuan losses for retailers ($11.9 billion in 2009) and consumers (more than $400 per year for every American family), attracting the interest of the fashion industry through ad campaigns, and generating headlines for paparazzo through celebrities like Winona Ryder. Shteir talked with us about why shoplifting is a unique crime, the motivations behind shoplifting, and how the act itself resembles theater.

You’ve now written a biography about Gypsy Rose Lee, a history of strip shows and, most recently, a history of shoplifting—there seems to be a pattern emerging. Is there something about this theme of marginality that inherently interests you?

Definitely. I’m really drawn to topics that flirt with the illicit and also topics that fall between the cracks. This isn’t the case now but when I wrote the striptease book, no one was talking about the new burlesque or striptease as an art form. It’s now become this underground thing. I’m very interested in these things at the margins that are overlooked and talking about them in a different way so that I can take readers by surprise.

I was wondering if Foucault had any influence on your writing.

Oh, wow. I think somewhat, certainly, in thinking about in both projects these cultural phenomena and how they shape shift over time, I certainly think I owe a debt to theoretical writers like Foucault, although obviously my work is not really theoretical. I do remember “Discipline and Punish,” about the Panopticon. I was definitely thinking about that when I was writing “The Steal,” and thinking about the stores as the Panopticon. I definitely did read other works by Foucault about the beginning of modern psychiatry and the transformation of crime. So yeah, I think it did have an impact.

What do you think differentiates shoplifting from other crimes that made you select it as a topic? The alternative you give in the book is gambling.

In addition to what I already said about it being illicit and falling through the cracks, shoplifting is hidden. There is often no crime scene. Where is the crime scene? Where has the crime been committed? You often can’t even determine if an object has been shoplifted or not. If a Rembrandt is stolen from a museum, there’s a big hole in the wall where that Rembrandt used to be. And that hole is not always there when something gets shoplifted. Often, it’s very difficult for stores to even determine that something has been taken. Also, to determine who has shoplifted and why. So I really like the ambiguity that goes along with the committing of the crime. I would also add to that in terms of why people do it, when I was beginning my research and reading a lot of newspaper clippings of shoplifting stories I found that never did I understand why someone shoplifted any given item. Whereas sometimes in a news story, if it’s about a murder, you can understand it as a crime of passion or a crime of this or a crime of that, but there’s never really any explanation of shoplifting in any way. And I think that drove me to try to figure out, what are the actual reasons why people are committing this crime.

It seems like shoplifters would be so reticent to come forward. How did you get them to discuss their past for this book?

There were two things that happened. One was that many people declined to be interviewed but then there were quite a few people that wanted to be interviewed. I tried many different methods to get people to want to be interviewed. I contacted counselors and people trained to give advice to shoplifting addicts, people who worked at court-mandated programs. I talked to psychiatrists. At one point I advertised. Also, once people found out I was writing the book, some contacted me. So there are many different channels through which I found people.

So, talking about what interested me about the book, that really interested me. That people didn’t want to talk about it. That they thought it would harm them—in a way that I think other crimes of this nature are somehow more socially acceptable than other crimes. Like gambling. I don’t think people are reticent to discuss gambling, or drug use. 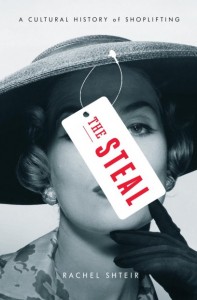 You’ve written on fashion a number of times now. Do you think some part of shoplifting is naturally connected to the fashion industry?

I think that theft and commerce are connected in a deep and primitive way. If you go back to Greek mythology, Hermes is the god of both theft and commerce. Without commerce, you obviously would have no shoplifting. So I don’t think that it’s fabricated or constructed. I think that stealing and buying are very closely related in many different ways. It struck me when writing the book how reluctant how many people are to see that. In the seventeenth and eighteenth centuries, the people who caught shoplifters were most often former shoplifters. Before the rise of the modern police force, the people who caught shoplifters were ex-shoplifters because those were the people who knew where shoplifters hung out and who their friends were and so on.

Now, today we don’t like to look at it that way. Most people in loss prevention are not ex-shoplifters. But I did find in interviewing them that many of them knew someone who had shoplifted, and that had been a kind of formative moment for them, or something like that. When you begin to dig, you find that many more people have shoplifted than you would think.

You wrote in the New York Times about your disappointment in a green wallet from  Pier 1 Imports, saying “It’s when the potential becomes reality. That’s the problem.” That seemed like a pretty boldly theoretical statement for a fashion story. Do you think this kind of sentiment has a role in shoplifting?

Yes, absolutely. I saw this again and again in many different ways. I don’t say it directly in the book, but I tried to insert it in there. People often shoplift to become something other than who they are, and that’s where the meaning of the objects that are shoplifted comes in. That can often be very indirect and even abstract—the relations between the person and what they’re shoplifting. Some obvious examples are that women steal makeup. Nowhere today in the criminological literature do you see discussion of this. The only time you see it is in Freudian literature, where it’s often handled in a very heavy-handed fashion. But it’s impossible not to be struck by the fact that women are shoplifting lipstick. You cannot just dismiss that, as many criminologists do, as being about the size of lipstick or the opportunity. I think it has to do with the fact that women—or young girls—want to transform themselves into somebody else, and this particular shade of lipstick will do that. And then when they have the thing, it doesn’t do that. So I found that to be a profound and moving fact—I’m going to call it a fact—about shoplifting.

Fashion exploits this. In the Winona Ryder story, one minute she’s shoplifting Marc Jacobs, and the next minute they’re putting her in the ad campaign. What is that if not a transformation? No one will ever talk to you about this on the level I’m talking to you now. By no one I mean no one who works in a store, and psychiatrists don’t talk about shoplifting in this way anymore. But in my research, I really found it impossible to not see this across the board.

Given your background in theater, I was interested in whether you saw shoplifting as a social performance in some way?

Yes, absolutely. In the beginning when I first started working on the book I was rereading “Sister Carrie,” which is one of my favorite novels. There are these scenes where Sister Carrie goes into a department store, I want to say Marshall Field’s, one of those enormous nineteenth-century department stores. And she is transformed in the moment. I just find it very odd that people do not acknowledge that shopping is this dissociative experience, where when you’re in the store you become another person. You’re creating this social performance. After that Times piece about the wallet came out, I was in Saks. The way it’s set up is, when you first go into a department store, you’re just overwhelmed by people hawking perfume and other types of makeup. This one woman said to me “I’m going to show you something that you’ve never seen before!” as if she were a carnival barker. To me, that really is what shopping and shoplifting are about. It’s the idea that there’s this possibility, when you’re in the store, that you’re going to see something that you’ve never seen before. Obviously that can’t happen. Once you get the object, it’s actually mundane. So you have to return to the scene of the crime as it were.

“The Steal: A Cultural History of Shoplifting”
By Rachel Shteir
Penguin Press, 272 pages, $25.95