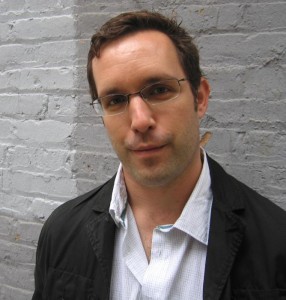 By now, it’s past passé to note that we live in a literary era of pastiche and homage. But when questioned on the staying power of this melding of the literary and the pulp, Chicago author Adam McOmber becomes impassioned, his voice rising just slightly:

“I think that these type of stories—stories of the fantastic—reach back to mythology. Because that’s what myths are,” he says over a phone call from a sweltering vacation spot in Cape Cod. “If you read Ovid’s ‘Metamorphoses,’ or something like that, what you’ve got are fantastic stories. There’s even a werewolf in that.”

If any part of his writings resembles the mythological, it is the overtly inexplicable spectacles at their heart. At times, reading a short story from McOmber’s new collection, “This New & Poisonous Air,” is like peeling back the shade of a curiosity shop. Questions gravitate around his dense prose as he weaves alternatively horrific and spectacular tales of the fantastic. The questions go unanswered, but perhaps that’s for the best. By leaving the reader guessing—why a renowned French inventor would produce an animatronics garden from fiberglass and steel, or Madame Tussauds a secret wax figure of herself—McOmber infuses the mystery necessary to turn spectacles into wonders.

Writing in a form so well-trodden as the macabre, McOmber indicates an aversion to descending into genre convention and tropes.

“You don’t want to write something that is purple in a gothic way, because that’s really grating,” McOmber says. “When I write I look for a certain kind of density. I avoid those kind of stereotypically gothic things. If I ever write an image that feels like that I’ll try to flip it or figure out another way to present it.”

Still, as an avowed fan of the genre since high school, McOmber admits his interests align with an essential theme of the fantastic.

“I’m interested in the fantastic moments when the strange breaks through our daily grind,” he says. 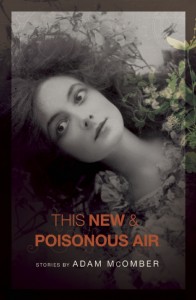 At least that much is apparent in the scope of the collection, McOmber’s first. Spanning plague-ridden European villages to near-present American cinemas, the ten stories of “This New & Poisonous Air” represent microcosmic testaments to McOmber’s interests in the escapist mechanism within the fantastic. Inventors and explorers constitute the bulk of the collection’s stars, commonly introduced through the pervasive motif of simulacra. Many of the stories echo opener “The Automatic Garden,” presenting abused souls fleeing from their lives into their own daedal realities.

Asked whether he identifies his own works with these controllable fantasies, McOmber laughs. “Yes, my work is kind of like these little machines,” he says. “It’s like the Automatic Garden itself. It’s something I can lose myself in.”

These self-contained simulations may dominate McOmber’s work, but his writing often approaches them, and their creators, from a distance, a trick he says he learned from reading Henry James, among others. Narratives infrequently directly approach their subjects, instead giving the appearance of historicity through diary entries and estranged narrators. It’s an approach tied into the collection’s fascination with falsified history, a motif embodied in the recurring character of the fraudulent storyteller.

“All of these stories I’m trying to tell you are lies. They’re not real history. They might look like real history sometimes, but they’re not,” McOmber says, drawing parallels between this character type and himself. “So I do like that idea that someone can be intoxicated by this attractive liar, and drawn into the narrative that way.”

While McOmber might not be that intoxicating liar himself (he’s upfront about the separation between his fiction and his post teaching nonfiction at Columbia College), he does see a natural allure to his chosen genre of the fantastic.

“I think humans in general are drawn to these stories because they create this rupture in daily, general experience, and humans in general want that,” McOmber says. “So I think there’s a staying power in that type of fiction.”

Adam McOmber’s debut novel, “Empyrean,” a story set in Victorian England, will be out in August 2012 through Touchstone. “This New and Poisonous Air,” is currently available in paperback.