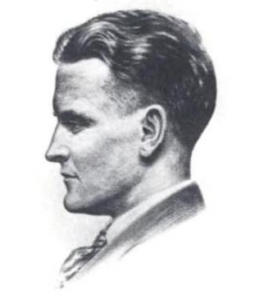 What to say about the incredibly scant, obviously derivative collection of fragments written by Fitzgerald, sometimes only vaguely related to alcohol, collected in New Directions’ new book “On Booze”? It’s easy to write the book off as a quick scheme to trade on Fitzgerald’s reputation (there’s no way this meager, haphazard book would ever have been approved during his lifetime). But beyond that, it’s actually unclear why certain fragments were chosen rather than others—they certainly don’t fit together as a whole. And it’s a deeply sad book, not just for the tragic alcoholism of Fitzgerald, but also for the fact that so long after his death from the disease, we’re still finding the subject of his boozing fascinating, evocative and even charming. “A collection of F. Scott Fitzgerald’s best drinking stories makes this the most intoxicating New Directions Pearl yet” reads the product description. No editor is listed as taking any responsibility for the book.

There are some nuggets in here, to be sure. If you haven’t read “The Crack-Up” yet, it’s as good a place as any to discover the autobiographical account of how Fitzgerald had to choose between being a good writer and being a good person. There’s a profoundly atmospheric series of descriptions of his trips with Zelda, and a great ode to New York City. But none of these had to be labeled as primarily “on booze”; in fact, none of them is. What’s most 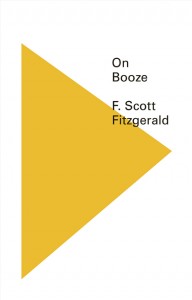 bothersome is the front section, which contains throwaway quotes, often a sentence or less, taken from Fitzgerald’s notebooks, things like “When he urinated, it sounded like night prayer.” This sampling and remixing is a writer’s nightmare. At ninety-six tiny, wide-spaced pages, it’s also flimflam of the worst kind. (Monica Westin)