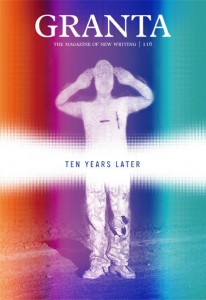 Writing about 9/11 once felt so much stranger. The image of the Twin Towers falling is so indelibly marked in the American consciousness that initially it may have seemed commenting on it was excessive or incompatible. Yet, with the passing of ten years, an image once unilaterally perceived in the West—“we are all Americans now,” as the French newspaper Le Monde famously printed—has become burdened with the history that sprouted from it.

Given the event’s transforming meaning, Granta’s “Ten Years Later” essentially skirts the issue of what exactly occurred ten years ago. While the New Yorker chose the bizarrely nostalgic route of scrapping together what amounts to an e-book time capsule of its coverage immediately following the attacks, per their M.O. Granta has chosen a considerably riskier approach. Out of its sixteen essays, only one addresses September 11 directly. The rest cover, according to the blurb, the “complexity and sorrow of life since 11 September 2001.”

It is a theme—like many of their themes—ambiguous enough to accommodate essentially anything. And while there is certainly more immediately journalistically and historically relevant writing here than in, for example, their sex issue (110: “Sex”), there are also stories about a couple with a coyote-infestation problem pursued by dogs (“Laikas I” by the Toronto author Kathryn Kuitenbrouwer), transformed into uneasy allegories through their mere presence in the issue. For every explicitly salient essay about post-9/11 travel problems (“The Terminal Check” by British-born Pico Iyer), there is one like “The Third Mate” by Adam Johnson about a North Korean man tasked by his government with monitoring radio transmissions. The lines tracing these narratives back to September 11 are often as tangled and difficult to deconstruct as America’s post-9/11 history itself. 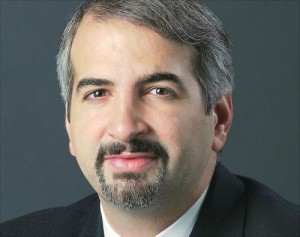 Ultimately, however, the milestone of a decade-long commemoration is imaginary. It is an arbitrary means of containing a set of historical events issuing from September 11, that have transformed that original moment, fastening it with new and more complex meanings. Perhaps because of this, the Chicago launch event for “Ten Years Later,” as an opportunity for more explicit discussion, may provoke more insight than the printed issue itself. There, two of this issue’s most fascinating contributors will have the opportunity to unravel some of the nuances of their work. Anthony Shadid is the author of “The American Age, Iraq,” in which he uses the tumultuous history of Iraq’s elite preparatory high school Baghdad College to track the weakened conditions of once-thriving U.S.-Iraq relations. Against this more explicitly journalistic presence, Granta has set Somali novelist Nuruddin Farah, with “Crossbones,” an excerpt from a new novel about a Somali man searching for his extremist son. As a New York Times columnist taken prisoner by the Libyan government, and a once-political-refugee, respectively, the two should provide the historical and personal insight to inspire an interesting discussion. Coupled with Korean-American novelist Nami Mun and Bosnian-American novelist Aleksandar Hemon, the launch should be as varied in perspective as the issue of Granta itself. But the question at the heart of the night remains: How does it all relate? (Mike Gillis)