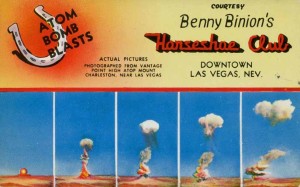 The story of American warfare for the last century has been one of technological advances propelling us ahead of our adversaries and, sometimes, spinning off applications that have meaningful implications for peaceful society as well. (Most notably, the internet, which evolved out of a Department of Defense undertaking.) Recent advances, like the use of drone warfare and the alleged but widely believed joint US-Israeli creation and deployment of the Stuxnet computer worm to devastate Iran’s nuclear development, seem to have ushered us firmly into a reality drawn straight from science fiction. We treat these advances with passive interest, or even some level of cheerleading for the home team (no American casualties!). That is, until other countries catch up and force us to confront what we have wrought, as the New York Times recently suggested in a piece headlined: “Coming Soon: The Drone Arms Race” in response to China’s high-profile display of their own drone development this summer.

We’ve been here before. The atomic age, ushered in by the first sustained nuclear reaction underneath the stands of the then-mothballed Stagg Field at the University of Chicago, quickly led to the atomic bomb and its first and only use, by America against Japan in World War II and, just a few years later, the onset of the seemingly utopian era of nuclear energy. 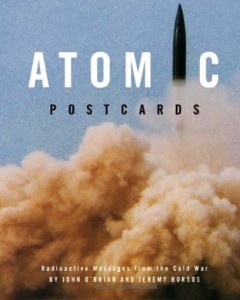 The Cold War arms race and nuclear disasters at Three Mile Island, Chernobyl and, most recently, Fukushima Daiichi have resulted in a tarnished legacy for the atomic age, but this was not always the case. In “Atomic Postcards: Radioactive Messages from the Cold War,” John O’Brian and Jeremy Borsos have assembled an art book of images exotic in their optimism, as Americans, and many other nations, celebrated the “progress” of the atomic age. Images of factories, of nuclear bomb tests, of warheads themselves (even of Hiroshima after the devastation!) served as patriotic totems, as tourists visited previously little-known sites like Oak Ridge, Tennessee and sent messages along to loved ones seemingly untouched with the potential for human devastation they’d just encountered. It’s easy, even now, to view such things as the 1961 postcard image of the new Dresden nuclear power station, with its “Greetings from Naperville, Ill.” message, with a sense of detached bemusement, but we do so at the risk of history repeating itself. 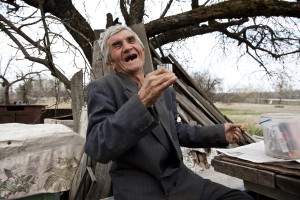 On the other hand, photographer Andrej Krementschouk has been sneaking into the restricted zone at Chernobyl for the last few years, and his images are not so much postcards depicting the devastation we’d expect, as a landscape mostly free of human inhabitation returning to its natural state. “Chernobyl Zone (I)” is a coffeetable art book of gorgeous images of rural Russia and its increasingly rustic ruins. Some people are present; they are those who refused to leave their homes even in the face of certain doom. Pictures are not labeled; if the book itself was not, we’d simply remark at its bucolic beauty. Knowing it’s Chernobyl, however, asserts an undercurrent of menace everywhere: Is that an age spot on a woman’s neck or a byproduct of excessive radiation exposure? Is that animal dead and bloodied as a course of natural coexistence with humans, or was it destroyed by some nefarious disease? Even a table covered in a butcher’s creations, crimson cuts of meats, seems to represent something sinister. (Brian Hieggelke)