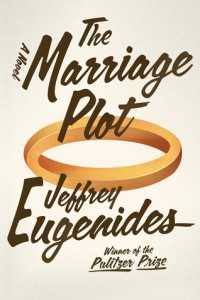 Madeleine Hanna loves Victorian novels. Smart and pretty, fundamentally untroubled, privileged both of means and of disposition, she’s graduating from Brown in the early eighties with an English lit degree and a hopelessly unhip thesis on Romantic novels (“I Thought You’d Never Ask: Some Thoughts on the Marriage Plot”).

In his decidedly conventional literary experiment, Jeffrey Eugenides writes a “marriage plot” of his own, adopting the Jane Austen-approved structure of courtship, misplaced passion and, ultimately, a wedding. His twenty-two-year-old recent-Brown-grad heroine—with the thick mane and “spirited” disposition necessary for a Victorian ingénue—is the point in a post-graduate love triangle between Leonard (difficult, rough, brooding and brilliant) and Mitchell (good with old ladies, parent-approved, interested in deeply unsexy matters of faith): a man of God and a man of science.

Eugenides’ marriage plot begins, wryly, in Semiotics 211—against the backdrop of the literary avant-garde, Eugenides’ characters embark on their own neo-Austenian comings-of-age. They meet over Derrida and nurse broken hearts over Barthes, but their own lives (and Eugenides’ novel) tend toward old-fashioned narrative.

The three meet as undergraduates: Madeleine, who, despite her self-diagnosis as an “incurable romantic,” has a tendency toward blue-blooded pragmatism (“Madeleine made a point of going out only with guys who liked their parents”) arrives on campus and immediately falls into a not-quite-courtship with Mitchell—disqualified, it seems, from the depths of her affections by either a lack of chemistry or an excess of appropriateness. But while Mitchell pines for Madeleine, encouraged, not altogether erroneously, by their four-year dance of not-dating, Madeleine is falling in love with Leonard, the quietly charismatic heartthrob of Semiotics 211.

On graduation day—the novel opens on graduation day and progresses through most of the next year, flashing backward to fill in the gaps—Madeleine, Mitchell and Leonard are all on the verge of either “the future” or “a nervous breakdown,” depending on the moment. Mitchell, having discovered a passion for religious philosophy and still nursing his love for Madeleine, is about to embark on a semi-spiritual quest backpacking through Europe and India; Madeleine and Leonard are slated to take off for his prestigious research fellowship on Cape Cod.

Only Mitchell makes Pomp and Circumstance, though. Leonard and Madeleine spend the ceremony in the hospital, where he is being treated for a manic-depressive episode, and she is rehearsing for what will become her all-consuming role as lover/caretaker. Mitchell leaves for Europe; Madeleine and an unhappily sluggish Leonard struggle for balance on the Cape.

How and whether “the marriage plot” works in a post-Derridean novel is only the (very prominent) framework for Eugenides’ real concerns. Above all else, “The Marriage Plot” is a coming-of-age story, which is good, because Eugenides is best when he’s charting the nuances of love, hope and post-adolescent ennui, as applicable to those post-adolescents who care very much about books. He nails Leonard’s struggle with his mental health, capturing the claustrophobia of depression with alarming accuracy. Mitchell’s more mundane angst is rendered with no less empathy and wit (if anything, his story—which is notably similar to the author’s own—is hampered by his status as the author’s clear favorite). 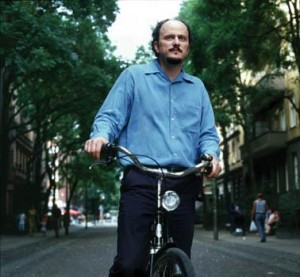 Madeleine’s own quest toward self-definition is, of Eugenides’ three projects, the most ambitious for being the least dramatic. While Mitchell wrestles with God and Leonard with his own mind, Madeleine stumbles forward, in her pretty, high-achieving way, trying to carve out a cohesive sense of who she is.

Despite her constant protestations to the contrary, Madeleine takes comfort in being defined by other (male) people. Against her own principles, she positions herself, or Eugenides positions her, as a largely reactive force, calibrating and recalibrating her moves based on those of the men around her. This is the conflict—both familiar and frustrating—that forms the core of the novel, anchoring, all too appropriately, the flashier narratives of her male counterparts.

As it progresses, though, “The Marriage Plot” (and, in turn, the marriage plot) becomes increasingly less compelling. The delicate balance of satire and earnestness—so artfully maneuvered in the first two-thirds of the novel—starts to waver. Under the weight of Leonard’s depression, perhaps, the book loses its more playful elements; as a result, the residual insistence on Austen-style flourishes starts to cloy.

Which does not mean, in the end, that “The Marriage Plot” is anything less than totally delightful. Eugenides, with his impeccable style, so unobtrusive in its artfulness it hardly feels like writing at all, has written the ultimate highbrow escape. The classic novel, narrative and all, is alive and well—just as the Romantics would have wanted it. (Rachel Sugar)

An excerpt from the audiobook, read by David Pittu