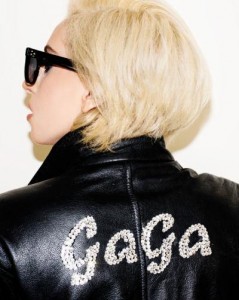 When you think of the photographer Terry Richardson, you think of, what, perversion and controversy? Of a photographer often more famous than his subjects? Of an artist whose personality is larger than life, a phenomenon entirely of his own manufacture? The matchup of Richardson and Lady Gaga—he traveled with her for ten months of unrestricted access to her life on and off stage—seems to promise either spectacular success or colossal failure. Could it really fall in between? Apparently. The handsomely designed book is devoid of text or captions, save a very short intro from Gaga. The net effect tends to preserve the otherworldly artifice of the Lady Gaga creation—even when she’s eating pasta, or brushing her teeth, it’s stylized. Is that a picture of her with her mom? Probably, but no one’s telling. It could just as easily be a fan or a manager or who knows? Richardson’s comfortable with his subject, no doubt, but he seems to let her stay in control, which I doubt ever happens in his studio. So even as his candids don’t seem to pierce the myth, nor do his less-than-candids extend it—the myth is already far too big for him to have any effect at all, even if his name is in the title. He does show up in quite a few of the images, though, as if we need proof that, indeed, the artist is present. (Brian Hieggelke)