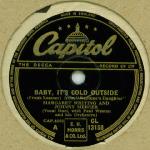 Baby, It's Cold Outside

I asked some of my favorite authors for their favorite summer song. Though all the choices were surprising, Lawrence Block’s made me laugh out loud.

Megan Abbott (author of “Queenpin,” “The End of Everything,” “Dare Me”)
“Abducted” by The Cults

Stacy Bierlein (author of “A Vacation on the Island of Ex-Boyfriends”)
“You Oughta Know” by Alanis Morissette
1995. I had planned to spend the first week of summer driving from Chicago to San Francisco to help my best friend move in with her boyfriend, but days before the trip the call came—they had broken up. Another friend offered his vacant apartment in New York as the cry-it-out hideaway so we set off east instead of west but too fed up to cry as we listed all the reasons she broke up with her jerk and I should break up with mine. We hit the Midtown tunnel at 3pm on a Friday and I told her, This gridlocked tunnel is no place for the brokenhearted. She hated the word brokenhearted so she gave me a look and blasted the radio and there it was, Alanis Morissette’s “You Oughta Know,” the first time we heard it yet somehow we knew all the words. Angst, sarcasm, attitude—everything we wanted right there in one song. We belted the lyrics all weekend then laughed as we sang it into beer bottles all summer long and every summer after that until the song too felt like an old and brilliant friend. You oughta know…

Lawrence Block (author of “Hit Parade” and “Eight Million Ways To Die”)
I guess it would have to be that great Johnny Mercer-Margaret Whiting duet, “Baby, It’s Cold Outside.”

Michael Czyzniejewski (author of “Elephants in Our Bedroom” and “Chicago Stories“)
“Summer Babe (Winter Version)” by Pavement
This is such a great summer song because of its obsession with summer, how everything is better when you can feel the sun on your skin. Stephen Malkmus’ abstractions and images are never better intermingled than they are here.

Sam Weller (author of “Listen to the Echoes” and editor of “Shadow Show“)
First song that comes to mind is “Agua De Beber” by Astrud Gilberto and Antonio Carlos Jobim. I have it on a summer evening playlist in my iTunes and it is the first song. It makes me think of chilling in the backyard, cold tropical drinks, and the sizzle and smell of the barbecue going, casting up waves of heat into the evening sky. Awesome Chicago summer nights.

Tayari Jones (author of “Silver Sparrow” and “Leaving Atlanta”)
“It’s Love” by Jill Scott. To me, everything about Jilly screams “summer romance” and the go-go beat on this track adds a block party dimension. This song makes me feel like I am a teenager again, in Atlanta sneaking sips of a wine cooler making eyes at somebody’s handsome cousin who is visiting from some exotic locale—like Chicago or Detroit.

Anthony Neil Smith (author of “All the Young Warriors”)
“Summer Nights” by Van Halen (with Sammy Hagar, on “5150”)
I was a teenager during the hair-metal era, and VH was my fave band, mainly because I was one of the countless Eddie-wannabe-guitar players. I liked both Dave and Sammy equally, and something about “5150” just connected with me. The sound of it was perfect for summer, and has been ever since. Also, as a shy and nerdy teen, I kind of relished in the sort of summer activities Sammy sang about that I would never do myself—”fishing” for chicks down at the local parking lots. Yeah, that wasn’t me. But man, it sounded cool way back then. Now, of course, the whole thing sounds totally sexist. Gotta shake your head at those crazy kids… I mean, senior citizens.