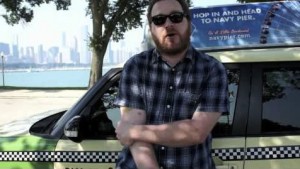 41 Dmitry Samarov
They say no one knows a city and its people better than its cab drivers. Dmitry Samarov, a cab driver for nearly two decades, knows enough about Chicago that he’s been drawing, painting and writing about it for years. Born in the Soviet Union, Samarov moved to the United States in 1978. He studied painting and printmaking at the School of the Art Institute of Chicago, and has shown his work with the Chicago Tourism Center, the Bowery Gallery and Brandeis University. Samarov began blogging about his experiences as a cab driver in 2007, posting his prints and prose at chicagohack.com, an effort that culminated in the release of “Hack: Stories From a Chicago Cab” in October of last year. Recently, Samarov launched an ultimately successful Kickstarter campaign to fund his next book. Consider yourself warned: tip well and be courteous to your cab driver, or you may just end up in Samarov’s forthcoming “Hack: More Stories From a Chicago Cab.” 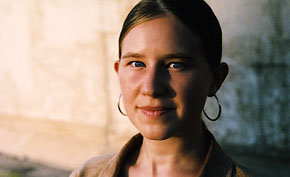 42 Eula Biss
Eula Biss probably never thought, as a graduate student at the University of Iowa, that her second book, “Notes from No Man’s Land,” would be a winner of the Graywolf Press Nonfiction Prize, the National Book Critics Circle Award for Criticism, and a Time Out Chicago Best Book of the Year. Her first book, “The Balloonists,” put Biss on the literary scene as an autobiographical tour-de-force, earning her a reputation as one of today’s most potent writers of literary nonfiction and cultural criticism. Now a professor at Northwestern University, Biss is gearing up to write her next book on myth and metaphor in medicine. On writing nonfiction, she’s said that “writing about the self is the most effective route to cultural criticism; that to write the I and where the I is in culture is a way to get at culture itself, and even if you live in a concrete box, when you write about yourself you’re not just writing about your life. There’s going to be plenty about concrete in there.” The award-winning “Notes from No Man’s Land” features authentically “American essays,” centering on race in the three places in which Biss has lived: New York, California and the Midwest. She currently resides in Rogers Park with her husband, the video essayist John Bresland, and their son. 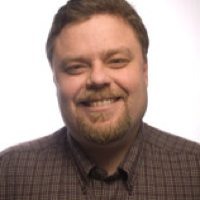 43 Frank Sennett
When the editor-in-chief of Time Out Chicago (and previously a longtime editor at Newcity) inked a deal to turn his cover story on the “fastest-growing company in history” into a book, the match made sense. His magazine and Groupon both trade largely in obsessively fickle consumerism in its most ephemeral, self-indulgent sense. Whether it was the start-up’s PR naiveté or Sennett’s persuasiveness, the author enjoyed unusual access to the company and its key players as it went from the new-new thing to a successful IPO, with several notorious bumps along the way. So even though the company retained a certain amount of control over the use of proprietary content, Sennett was able to pen a warts-and-all semi-authorized account of a company on the fast-track to fortune, one with enough interest to warrant serialization in both the Wall Street Journal and Crain’s Chicago Business. With the stock now trading at or below the price infamously turned down in a buyout offer from Google, it seems like Sennett may have gotten his book out just in time before his Groupon expired. 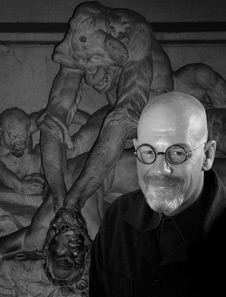 44 Steve Tomasula
Steve Tomasula’s novel “TOC” merges text, film, music, photography and more into one multimedia piece that cracks open new technology-based modes of creation and narrative. Breaking the bounds of what it means to be literature, “TOC” is a DVD designed to be played on computers—and will soon be an iPad app—allowing readers to participate in the direction of the narrative. Tomasula, who lives in Uptown but also spends time in South Bend at Notre Dame teaching, is wrapping up “Ascension,” a novel about extinction, and publishing a collection of short stories called “The Atlas of Man (If By Man We Also Mean Woman): Little Bits of Technology, Science and Us.” 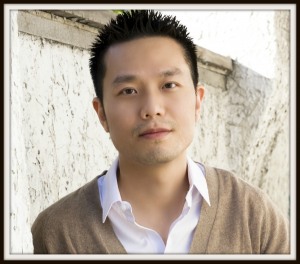 45 Samuel Park
If you didn’t know Brazil native Samuel Park before the release of “This Burns My Heart” last July, you probably do now. Park is still riding high from the attention the book received—”The Today Show” included it in their “Favorite Things,” People magazine named it among the “Great Reads in Fiction” and Amazon chose it as one of the “Best Books of 2011.” The novel is an ambitious love story, set in war-ravaged 1960s South Korea. Park’s other novel, “Shakespeare’s Sonnets” was produced into a film of the same name, which Park wrote and directed himself. Park, on sabbatical from Columbia College last year to promote “This Burns My Heart,” plans to travel to Asia and South America soon in the interest of his novel in progress. 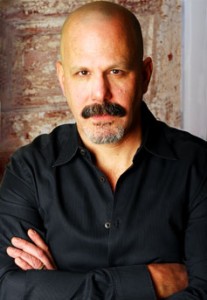 46 Robert Rodi
We’ve been following Boys Town satirist Robert Rodi since he emerged with “Fag Hag” way back in 1992, but would not have imagined the multivariate directions his career has taken since. With a healthy run of gay-themed novels under his belt, Rodi started writing comic books as well, penning for the likes of Marvel and DC’s Vertigo line, where he crafted a gay superhero long before the current vogue for such things. But recently, he’s embraced the possibilities of new technology by issuing his most recent novel, “The Sugarman Bootlegs,” in e-book format and reissuing his nineties works in the same format as well, at very low price points. He’s even Kickstartered his next novel. He does all of this even as traditional demand for his work remains strong; his travel memoir “Seven Seasons in Siena” was published by Random House imprint Ballantine Books in 2011 and drew comparisons to the work of Bill Bryson. 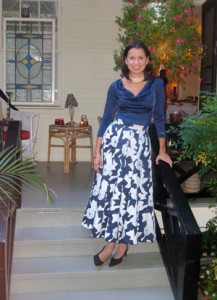 47 Gioia Diliberto
Gioia Diliberto was well into working on her upcoming biography of fashion designer Diane von Furstenberg when a funny thing happened: Paula McLain’s novelization of the life of Ernest Hemingway’s first wife Hadley became a best-seller, basing much of historical foundation on Diliberto’s 1992 biography, “Hadley.” As disheartening as it might be to see your relatively undervalued hard work turned into someone else’s gold, Diliberto must have felt some tinge of irony as well, since she had shifted from biography to historical fiction herself, with works based on the lives of Coco Chanel and Virginie Gautreau (Madame X) on the shelves. In any case, all’s well that end’s well. Rather than any public display of acrimony, her publisher reissued her biography in paperback under the name “Paris Without End” (“A Moveable Feast”-era nostalgia in full vogue as also evidenced by Woody Allen’s “Midnight in Paris”), and, thanks to the success of its derivative work, it’s selling briskly and finding a whole new audience. Did we say Diliberto is a class act?

48 Lee Sandlin
Chicagoans know Lee Sandlin best for his thoughtful reporting and essays during the heyday of the Chicago Reader; he revoked his services when that now-Sun-Times-sibling unceremoniously fired its longstanding and revered editor, Alison True. Fortunately for audiences, though, the book world has a growing appetite for Sandlin’s singular voice. His “Wicked River: The Mississippi When It Last Ran Wild” was a nonfiction highlight of 2010, and next year he’s due to issue “Storm Kings: America’s First Tornado Hunters” via Pantheon. 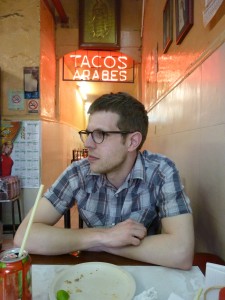 49 Isaac Tobin
Senior designer at the University of Chicago Press Isaac Tobin recently designed “The Open Door,” Christian Wiman and Don Share’s upcoming book in honor of Poetry magazine’s centennial anniversary, but that’s just one of dozens of covers he’s designed lately. Tobin can make even seemingly mundane titles inviting: “Dawn of the Deed: The Prehistoric Origins of Sex” features a censored illustration of dinosaur skeletons doing the dirty; the title for “Wild Hope: On the Front Lines of Conservation Success” is cleared out of a forest of tiny green stick-trees. His spare but warmly inviting work often includes quirky illustrations, modern fonts and clever graphics. Tobin’s work has not gone unrecognized by the industry; he’s received multiple awards from Print Magazine and the AAUP Book, Jacket and Journal Show, among others. While Tobin works at the U of C press, he also does freelance work for bigger publishers, including Penguin, Random House and Granta. 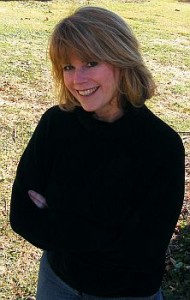 50 Patricia McNair
Last September, Patricia McNair released her first book, “The Temple of Air.” The book’s stories are centered around the fictional Midwestern town of New Hope and wrestle with faith, the consequences of tragedy, and healing. McNair is an associate professor at Columbia College, and the recipient of numerous Illinois Arts Council awards and several Pushcart nominations. This summer, she will be teaching at the Interlochen Writers’ Retreat.