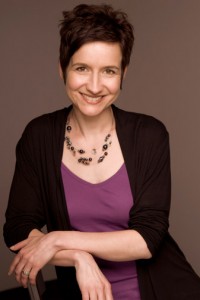 After writing a business book in 2010, local consultant and speaker Mare Swallow searched for a writing conference in Chicago to meet publishing professionals, and gain some advice on the business side of writing. But she discovered that, despite being an active literary city, Chicago offered no such conference.

Funded by a successful Kickstarter campaign (for which Chicago’s own OK Go gave the rights to use their music), the first annual Chicago Writers Conference (CWC) will be held September 14-16 at the Tribune Tower. While local festivals like Printers Row Lit Fest (a CWC partner) and Columbia College’s Story Week tend to focus on visiting authors and the writing process, the CWC seeks to fill a gap by shining the spotlight on networking, querying, publishing and promotion for writers of all genres.

“You’re not going to come [to the CWC] to learn the craft of writing,” Swallow says. “You’re going to come here to learn all the things you don’t get with a writing degree.” Examples of panel discussions include “Blackmail Yourself into Success,” “Advice From the Agents” and “Social Media Essentials for Writers.”

While Swallow points out that the conference is not a festival, it will integrate a celebration of Chicago’s vibrant literary culture, particularly the “live lit” scene, which Swallow describes as “exploding.” “You can go to a literary event any night of the week in Chicago for free,” Swallow says. Local reading series’ Tuesday Funk and Essay Fiesta will host evening readings during the event that will feature conference guests as well as registered attendees, who had the option to submit work in advance.

Overall, Swallow says, support for the festival has been tremendous. In the conference’s Kickstarter video, Ian Belknap, founder of the monthly Write Club show, says the unique thing about Chicago’s literary community is “this uncommon sense that we all want each other to do well.” It’s a statement proven true by the relative ease with which Swallow secured a diverse panel of guest speakers and facilitators, the likes of which include author Aleksandar Hemon, who will deliver the keynote address, and Chuck Sambuchino, Writer’s Digest editor and agent guru.

“More than anything, I’d like to see people come and have fun,” Swallow says. “Conferences are about learning, but I do notice that the biggest value is what happens between the lines. It’s the connections you make, it’s the friends you meet. Chicago’s literary rep is hardworking, successful, and supportive, and we just want to celebrate that.” (Lara Levitan)

All participants must register in advance at chicagowritersconference.org.