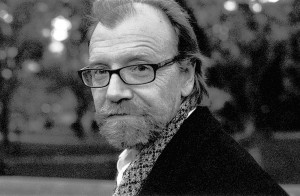 George Saunders is a number of things. He’s a writer, a professor at Syracuse University and a MacArthur Fellow (aka “genius”). His newest collection, “Tenth of December,” has made him into a New York Times best-selling author. But “Tenth” is only one of several notable collections, which include “CivilWarLand in Bad Decline,” “In Persuasion Nation” and “Pastoralia.” But despite having one hell of a pedigree, George Saunders remains humble and approachable, and was willing to shoot emails back and forth with me over a weekend on voice, process and genre.

You tend to wear your influences on your sleeve. Your teacher Tobias Wolff is an obvious one, but you’ve also written at length about how Vonnegut changed your idea about what literature was. In the writing, what ways do you feel your influences have expressed themselves?
I’m actually not sure. There are a lot of questions that the writer himself probably doesn’t think much about, or the answer to which he can’t really articulate. I think influence works like this: you are madly casting about for something to love, so you know better how to direct your energy. Something suitable arrives. You wallow in it. It gets into your DNA. Then you tire of it and move on. Over and over. And then, at the end, all of the things that are “you” have been filtered through these various influences. And you are changed, both as a writer and a person—but in thousands of ways that are too subtle to describe, except in very broad terms. That is, I don’t think the sum change could necessarily be described. And, from a creative standpoint, there’s probably not all that much value in describing it, if you see what I mean. My guess is, we are attracted to writers who are doing something that it is in our nature to do—so we imitate them for awhile so that we can eventually distinguish what in us is different from them—and move on accordingly.

Like Vonnegut, your writing veers toward science fiction while still remaining in the literature section of the bookstore. (“The Semplica Girl Diaries” comes most quickly to mind, but it’s hardly alone.) Do your views on the genre echo what Vonnegut had to say in his essay “On Science Fiction,” or do you have a different take on it? Or, more broadly, do you think there is a meaningful separation between genre and what is known as proper literature?
I haven’t read that essay. Basically I think those of us who have read or watched anything genre (i.e., all of us) have earned the right to use those elements and traditions in whatever way we want to. For me, there’s something about using genre elements that opens up new territories of humor and emotion—not really sure why. I think it’s a kind of shorthand, maybe. But I do sort of reject the distinction between sci-fi and not—just look around the world now and compare it to the world you knew when you were in grade school. Technology is always changing and getting weirder and more wonderful, so the notion of “a new and weird technology that we didn’t have a few years ago” is actually a totally familiar idea, i.e., is “realist.”

Your stories frequently hinge on a particular voice, whether it be that of a boy who can only talk through ads he’s been watching, a delusional child engaged in play, or an inter-office memo about bringing a cheery attitude to torture. How much of crafting a story is finding that voice? Does it come in naturally through the early drafts, or is it something you work at through the rewrites? 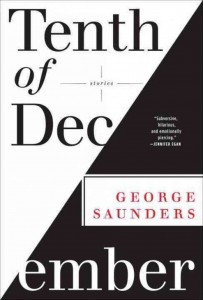 That’s pretty much the whole thing for me—or I might call it a necessary pre-condition. Finding a voice means I can produce lots of text, which can then be refined/edited, which then creates incident. A voice comes naturally and intuitively early on—I don’t try to force it if it’s not. And then gets refined and expanded in rewriting. The voice “tells” you what the action is and who the character is and all of that.

Speaking about writing and rewriting, what are the elements missing in draft one that you find yourself having to fill in before you consider a story done?
Generally, the early drafts lack sufficient detail. With rewriting the whole shebang moves toward specificity and the logic becomes better—things cause other things, and the progression is clear and sharp (or at least to me it is).  There is increased causality and the individual beats are doing more specific work. It starts to look more like a machine and less like a pile of parts.

Could you tell me a bit about how you went from a graduate student at Syracuse to teaching there?
Well, it’s a long story. The short version is: I graduated, went off to work as a tech writer. While doing that (from about 1987 until 1996), I wrote two practice books and then (starting in around 1990) my first published book, “CivilWarLand in Bad Decline.” That came out in 1996 and I took a one-year job at Syracuse on the strength of that book, which turned into a full-time position the next year.

In what ways do you think teaching has informed the way you look at your own writing?
I’m not sure it has, except that working with my students gets me excited about writing, and I am exposed to new writers in a pretty energetic way, often via recommendations from my students. But really, the crux of my writing, it seems to me, occurs in a place that is very deep and minimally affected by external circumstances. There’s just something I’m working through, and my life and jobs and so on feed that thing, but that thing has a slow and steady life and intent of its own—like an iceberg.

Earlier this year at AWP you mentioned that a person doesn’t need to be a dick to be a good writer, and during your interview with Charlie Rose you talked a little about the implicit moral function that fiction has. To what extent do you feel that basic human decency and compassion factors into good writing?
Well, to say that a person doesn’t have to be a dick to be a good writer doesn’t preclude a person could be a dick and be a good writer. There are plenty of examples of that. I think a person has to be true to who he/she is. That’s it. If a person is irritable or disgusted with people or arrogant or oversexed, and they find a way to honestly get that into their work—they win. What I think some young writers do, though, is assume that they have to be somewhat excessive and difficult, even if that’s not really who they are. (This may be a thing of the past—I definitely think it was more pronounced when I was coming up). Having said all of that, I do think it’s helpful for a young artist to have a spiritual life—by which I mean, she should be looking energetically and freshly and curiously at phenomenon, instead of accepting the status quo—and these days, that status quo is usually some lazy stew of humanism and a slight unearned cynicism and a too-easy acceptance of certain contemporary truisms regarding how washed-up religion is, but still, there is the universe, as inexplicable as ever. So I do think young writers should turn their minds to the big religious and existential and political and moral questions, at least in their reading, with the hope that this seriousness of purpose will leach into their writing as well, so as to save it from triviality.