It’s been a deadly year for Chicago writers, with the passing of Roger Ebert, Richard Stern, David Hernandez and, just last week, Father Andrew Greeley. Not to mention the dead-woman-walking status achieved by Rachel Shtier, whose ill-conceived New York Times Book Review takedown of Chicago turned her into this city’s most universally disliked resident since, perhaps, John Wayne Gacy. So a sense of what we’d lost pervaded the creation of this year’s Lit 50, this time around celebrating not so much the writers who occupy the center stage, but those who operate behind the scenes to make sure the stage itself exists. The process, as excruciating as it is, always renews our optimism for the literary Chicago that carries on, bigger and better every year, even diminished by its inevitable losses. This year’s increasingly long short-list reached new magnitudes, with 360 folks under consideration for just fifty nods. Needless to say, a slight tilt in another direction, and an entirely different Lit 50 could have been created. But so it goes. (Brian Hieggelke) 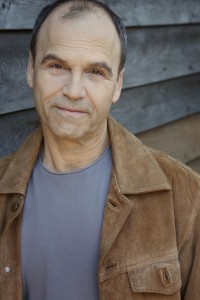 1
Scott Turow
Author and President, Authors Guild
As a bestselling author of nine fiction and two nonfiction books with estimated sales of 25 million copies—not to mention movies and TV shows based on his books—and as a partner of a law firm with estimated annual profits of nearly $800,000 per partner, Scott Turow has reached the level where most of us would be buying a Caribbean island or some such thing and spending our time enjoying the fruits of our success. But Turow, though he may own an island for all we know, is using his lofty profile to wage war on issues more important to the culture at large than to his personal wellbeing. He’s been a passionate advocate against the death penalty, and has gotten involved in the conversations about a Constitutional Convention to change the influence of money in America’s political process. But it’s his frequent use of the bully pulpit on behalf of authors that has thrust him front and center into a major conversation about the future of intellectual life in America that’s most noteworthy right now. He’s been president of the Authors Guild since 2010 and in that role has spoken out against the increasing concentration of power in book sales, both in the continuing consolidation among major publishers and Amazon.com’s monopolistic tendencies, as well as being a front-line voice in the Guild’s lawsuit against Google over the latter’s scanning and digitizing of copyrighted materials for its search engine. In April, he penned an important essay for The New York Times entitled “The Slow Death of the American Author,” where he laid out the persuasive case that “The value of copyrights is being quickly depreciated, a crisis that hits hardest not best-selling authors like me, who have benefited from most of the recent changes in bookselling, but new and so-called midlist writers.” Though some detractors have simplistically labeled him a Luddite for his opinions, he brings a singular—and selfless—perspective to the debate. He puts his work with the Guild simply: “We’re doing what we can to save writing as a livelihood for the greatest number of people in this country.” He’s especially troubled by the lack of attention being paid to the enormous consolidation of power in certain companies, noting that writers use to be pitted against powerful publishers, but the “publishers are Quakers compared to Google.” Of course he’s still writing as well: he just turned in a pilot script to TNT for a weekly dramatic series set in a judge’s chamber and look this fall for “Identical,” a political thriller “based loosely on the myth of Castor and Pollux.” 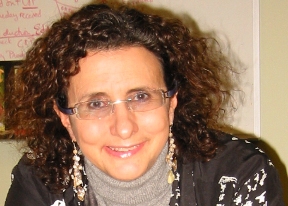 2
Dominique Raccah
Founder, President, Publisher and Series Editor, Sourcebooks
Dominique Raccah left a career in advertising with Leo Burnett more than twenty years ago to start Sourcebooks, and has been working to build the company ever since. Sourcebooks is now the world’s largest publisher of poetry in book audio form, and has made major contributions to the shifting digital publishing industry. In 2012, Sourcebooks began experimenting with Agile Publishing—a method that seeks reader feedback before the book is actually published. The experimentation is paying off—so far in 2013, Sourcebooks has had six best-selling titles, and Raccah recently won the BEA Industry Ambassador Award at Book Expo America. 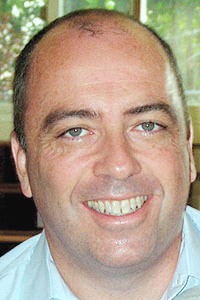 3
Garrett Kiely
Director, University of Chicago Press
When Garrett Kiely was appointed director of the University of Chicago Press in 2007, he had already worked in academic publishing for more than two decades. In the last six years, Kiely has done a wonderful job steering the nation’s largest university press—which employs more than 300 people in its three divisions: Books, Journals and Distribution—toward expansion into the digital market while continuing to increase their number of original titles published annually. Last year, the Press appointed him to a second five-year term. 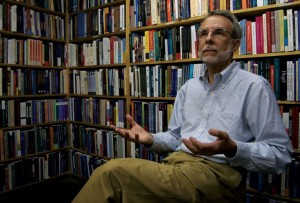 4
Jack Cella
General Manager, Seminary Cooperative Bookstore
The Seminary Cooperative Bookstore in Hyde Park celebrated its fiftieth anniversary in 2011. The Co-Op, founded by a handful of members in 1961, now has more than 50,000 members and three different locations. The Co-Op specializes in academic books, and hosts frequent author events. Jack Cella was at the forefront of the Co-Op’s recent move from its original location on the corner of 58th Street and University to 5751 South Woodlawn—an effort that will ultimately allow the Co-Op to carry a wider selection of titles and, hopefully, an even more inspiring bookstore experience. 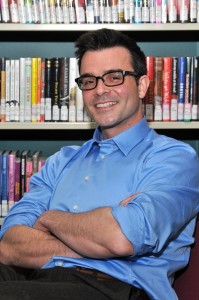 5
Brian Bannon
Commissioner, Chicago Public Library
When Mayor Rahm Emanuel announced the appointment of San Francisco Public Library chief information officer Brian Bannon to replace the legendary Mary Dempsey, who stepped down after nearly eighteen years in the job, he signaled his vision for the library’s future, saying “With his expertise in digital technology, Brian will expand the online resources of the Chicago Public Library and broaden the horizons of those who rely on it.” Though he’s kept a lower profile in his first year, the openly gay—is that a first for a Chicago Commissioner?—Bannon strikes us as having the potential to be the kind of transformative leader that Gabe Klein, the city’s Department of Transportation commissioner, has proven to be. But where Klein took over a department that had been a cesspool of leadership problems under Mayor Daley, Bannon’s had to follow one of the nation’s most admired librarians, one who built up the branch system, who created One Book, One Chicago and who stood up publicly to Mayor Emanuel when he imposed unacceptable budget cuts to the library system. Bannon’s shrewdly kept most of Dempsey’s programs, “reimagining our signature programs” rather than dismantling them. In that regard, he cites the expansion of One Book, One Chicago from two-months-a-year to all twelve, the funding of three new branches—Back of the Yards, Chinatown and Albany Park—and the expansion and retooling of the “Summer Reading” program and “Teacher in the Library.” He’s also made seemingly small but high-impact changes like his fine amnesty—the first in twenty years—opening up computer use regardless of fine status, and an increase in the number of allowable renewals. As for his technology mandate, “we launched a multi-year initiative to improve technology access and tools for our users,” he says, and soon we’ll see a new experimental Innovation Lab at the Harold Washington Library. 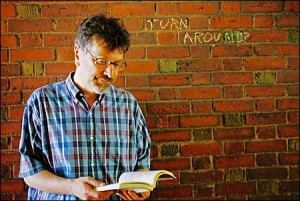 6
Don Share
Editor, Poetry magazine
On May 29th, the Poetry Foundation announced Don Share as the twelfth editor of Poetry magazine, following the departure of Christian Wiman, who’s joining the faculty at Yale. Prior to the announcement, Share was acting as senior editor of the magazine. Share’s cumulative twenty-five years of editing experience includes publications such as Harvard Review, Partisan Review and Literary Imagination, and he was curator of poetry at Harvard University for seven years. He’s also the author of ten books, including “Wishbone” and “Bunting’s Persia.” Share says, “It’s a great honor…to be working to refresh and revitalize the magazine.” Poetry just celebrated its centennial in 2012, so here’s to Don Share, and 100 more. 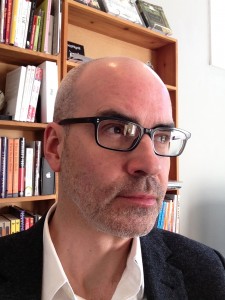 7
Doug Seibold
Founder and President, Agate Publishing
Since he started his company in 2003, Doug Seibold has expanded his operation to five imprints, two of which he’s launched in the last two years. Midway Books covers Chicago and the greater Midwest and Agate Digital publishes standalone e-books, most notably in an expansive partnership with the Chicago Tribune. In 2012, Publishers Weekly recognized Agate as America’s fastest-growing independent publisher and shortly before that, Agate notched its first New York Times best-seller with “I, Steve.” Whew. Not surprising, then, that Seibold says sales have increased about seventy percent in the past two years, necessitating a doubling in staff to nineteen folks. 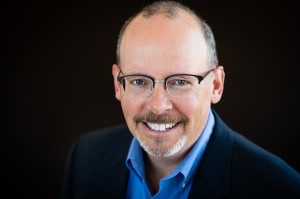 8
Mark Suchomel
President, Legato Publishers Group
It was just a year ago that Mark Suchomel made national news when, as president of Chicago-based Independent Publishers Group (IPG), he stood up for small publishers in defiance of the imperial Amazon.com. So, after twenty-six-and-a-half years with IPG, including fifteen as president, the publishing world was shocked earlier this year when news broke that Suchomel had abruptly left the company. He’d been the public face as well as the driving force of its stunning growth, from a twenty-million-dollar-a-year business when he became president into a seventy-two-million-dollar-a-year business when he was asked to leave over differences regarding the direction of the company. Just last week at Book Expo America, however, news broke that he had signed on to helm a new division for his old company’s chief competitor, Perseus Book Group. Legato Publishers Group will be a new affiliate of Perseus’ Publishers Group West, the largest distributor of independent publishers in the country, and will be based in Chicago. “Our goal,” Suchomel says, “is to have about thirty or forty publishers in the first couple of years and to grow the business by growing each publisher rather than by adding more publishers.” 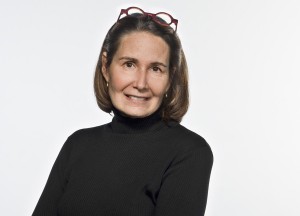 9
Elizabeth Taylor
Literary Editor, Chicago Tribune
Longtime Tribune literary editor Elizabeth Taylor has an imposing resume: former correspondent for Time magazine, former editor of the Tribune’s Sunday Magazine, former president of the National Book Critics Circle, and the staffer who led the Tribune’s charge to acquire what is now the Printers Row Lit Fest, just to name a few of her most notable achievements. Taylor also oversees the Tribune’s Literary Prize, Heartland Prize, Young Adult Book Prize and the Nelson Algren Short Story Prize. At our deadline, Taylor was in New York meeting with the National Book Critics Circle—proving her relentless dedication to literature to Chicago and beyond. 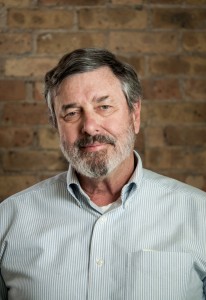 10
Curt Matthews
CEO, Chicago Review Press and Independent Publishers Group
To say it’s a pivotal time for the Curt Matthews empire is an understatement. His Chicago Review Press just celebrated its fortieth birthday and continues to chug along, turning out seventy or so titles a year, but its Independent Publishers Group (IPG) is where much of the action is. In March, IPG—the nation’s second-largest independent press distributor—shocked the publishing world by asking its highly regarded president Mark Suchomel to leave. Though Matthews has two sons working for him who will be assuming ownership at some point, Matthews says he’s “gonna be here at least two-to-three more years” and that whether his sons take over the company “depends.” He adds, “they’re very capable, especially in technology.” Last week at Book Expo America (BEA), Suchomel announced his next act: the presidency of a Legato Publishing Group, a new Chicago-based division of IPG’s principal competitor, Perseus Books. But Matthews seems unruffled by the threat: he describes his state of mind coming out of BEA as “just on a high” over the positive energy finally returning to the publishing business and on the “big strides” into new markets, like big-box stores and e-books, IPG is making.