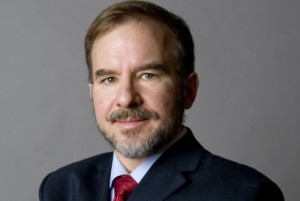 I’ll likely always remember Sun-Times columnist Neil Steinberg’s memoir “You Were Never in Chicago” as the book that made me fall back in love with this city. Steinberg’s nostalgic telling of his steady transformation to becoming a Chicagoan, which began when he moved to Evanston from rural Ohio to study at Northwestern as an undergrad in 1978, reminded me very much of my own coming-to-the-city story. Steinberg describes emerging from the subway downtown for the first time: “climbing those stairs, the rainy city a square of gray light that opened up to buildings and cars and people.” And a few paragraphs later: “In the beginning, you just soak it all in.” Indeed.

Last month, when the New York Times published Rachel Shteir’s takedown of three recently published books about our city that included Steinberg’s “You Were Never in Chicago” (and also “The Third Coast: When Chicago Built the American Dream,” by Thomas Dyja and “Golden: How Rod Blagojevich Talked Himself Out of the Governor’s Office and Into Prison,” by Jeff Coen and John Chase), the response was vehement. Carol Marin of WMAQ Channel 5 news, Rex Huppke of the Tribune and even Mayor Rahm Emanuel all replied in defense of the city, and with a few zingers to throw back at Shteir.

I had the pleasure of interviewing Steinberg the week before Shteir’s essay was published, and then again two weeks later because, as Steinberg wrote to me in an email, “You can’t just ignore it, can you?” Steinberg, who moved with his wife and sons to Northbrook in 2000, talked to me about his writing process, his family and (because two writers can’t meet and not discuss it) the future of publishing, a subject for which Steinberg expressed optimism and encouragement.

What’s going on in Northbrook?
Nothing. Absolutely nothing.

You’ve been writing a column for the Sun-Times since 1987. After so many years, how do ideas come to you?
I’m always looking for them. Sometimes it’s my own idea I’ve chewed on, or a reaction to something I’ve seen or heard. I don’t like to pile on, to add the same thought that people are already saying. When I was on the editorial board [at the Sun-Times] sometimes a noteworthy murder would catch people’s attention, and I’d lean forward and say, “So we’re coming out against murdering children, eh?” You don’t want to write something obvious. You want something offbeat, unusual. It’s hard to describe… it’s like U.S. Supreme Court Justice Potter Stewart’s definition of obscenity: “I don’t know what it is, but I know it when I see it.” And I’ve done some obscure things, like the table pad industry, cardboard tubes, cutting up chicken. I do lots of medical stories, stories about people in any condition that is different, that makes you want to know about them. And when I have nothing else to write about, I write about my family.

What do your sons want to do? Are either of them interested in following you in becoming a writer?
Ross wants to be a neurobiologist. Kent wants to be either a psychologist or a writer. They don’t read the column. Well, when I wrote the column about Ebert, they read that. I got home from work and my son says, “You’re at the top of the Drudge Report.” I said, “That’s because of Roger.” They don’t read my books, either. But who wants your dad saying, “Read this. It’s my book.”

I’m sure they will someday.
Oh, someday. Yeah. When I went to China—well, I get very nervous traveling. So I signed all the books to the boys, each one, wrapped them in brown paper. Because if my dad died en route to China, I’d want his books signed by him.

How did you start “You Were Never in Chicago?” 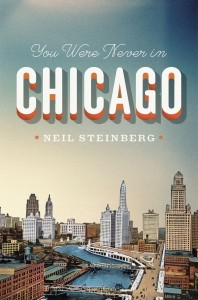 When Bill Savage came to me and said, “What type of book would you like to write about Chicago?” I thought, “But I live in Northbrook. I grew up near Cleveland.” I didn’t want to rewrite other people’s books. I didn’t want to hit the clichés, to be something I wasn’t. So I went with the fact that I’m an outsider. I came from somewhere else. I have a story. People have said to me, “The book has so much trivia, all this great stuff about Chicago, but then you start talking about your brother.” And other people have said, “The book has so much story, with your brother, but then there’s all this trivia.” I think that means I did my job.

What’s not in the book that you really hated leaving out?
The ending is shorter. I had a wonderful editor, Carol Saller, who said, “It’s like you don’t want to stop writing. Cut it.” And I don’t miss it, so it was the right thing to do. That book is exactly how I wanted it.

Where do you think print journalism is going?
Print journalism is going away. Before your time, you used to go to a gas station. And someone would pump your gas, check your oil, clean your windshield, give the kids in the backseat a stick of gum. And then someone realized that to save a nickel a gallon, you could get rid of that guy. So they did. As you get older, the tendency is to bewail the future. I don’t want to do that. Technology always wins.

I feel for you young writers, but you don’t want to spend your life doing something you don’t like. My books aren’t bestsellers, but I’m proud of them… Fail on your own terms.

I’m so pleased to find out this is your philosophy, that you feel you must do what you love.
Sure. I mean, other people have their jobs. They go to work. But to me, this feels like a calling. You know, I taught at Loyola. A lot of my students came to me because they couldn’t get jobs. They were almost angry—“You told us we could get jobs.” I said, I was unemployed for two years. After that, I was on the night shift for years, doing the marginal stuff. I wasn’t happy. I was thirty years old and working the night shift, waiting for something to blow up. I was on staff here for eight years before I got that column….you have to pull the plow.

Onto Rachel Shteir’s attack of Chicago’s philosophy of “string-pulling,” and your own about never turning down a free lunch.
That was the subject of my book, the story—this is how Chicago (and everyplace else) operates. Is it right? How do you make it work? It’s as if I had written about fatigue as an essential element of human endeavor, and she rejected it as beneath our dignity. That doesn’t remove fatigue from our lives, or negate the value of writing about it. An author is permitted his or her subject. She seems to believe that any book about Chicago that isn’t “There Are No Children Here” is prima facie illegitimate.

What do you think about Shteir’s claim that “cutting-edge” women writers are ignored in Chicago?
It’s bullshit. I was on stage at the last Carl Sandburg Awards dinner, when one of the women she name-checks, Nami Mun, was honored by the Chicago Public Library. The mayor and the entire literary establishment was there. The latest “One Book/One Chicago” is Isabel Wilkerson’s important, best-selling, acclaimed “The Warmth of Other Suns.” Not a single woman writer, to my knowledge, seconded her strange suggestion, another reflection of how she was spewing whatever baggage is in her head—free-floating victimization and tired, out-of-date, academic gender politics—not critiquing the city or books in front of her. My book has a chapter on raising children in Chicago. It writes more about Kelly Cassidy, the lesbian state legislator, than any other figure in Chicago. For her to, in dismissing it, call upon theoretical women writers to do a better job—because of their increased sensitivity, I guess—is an unconscious backhand, not just at me, but at every woman writing in Chicago. Just because she’s ignorant of them doesn’t mean they aren’t already here and succeeding.

Do you think Chicago “never became the city it could have been”?
Yes, and that city is St. Louis, or Cleveland, as my book points out. Chicago is only a failure if your sole standard of success is New York City, as this critic so sadly illustrates. It is the contemptuous sneer of the Manhattan blind. In the final analysis, her piece was a work of bigotry: list the faults of a group of people while ignoring their positive attributes or giving them the most cursory glance. Had she written it about blacks in Chicago or Latinos in Chicago or gays in Chicago or Jews in Chicago its ugly prejudice would have been manifestly clear. Because she wrote it about Chicago, as a whole, it slides under the wire into acceptability, for some. Not for me, or for anyone who either cares about Chicago or the idea of judging a place by its merits, not by your own limitations.

“You Were Never In Chicago”
By Neil Steinberg
University of Chicago Press, 256 pages, $25